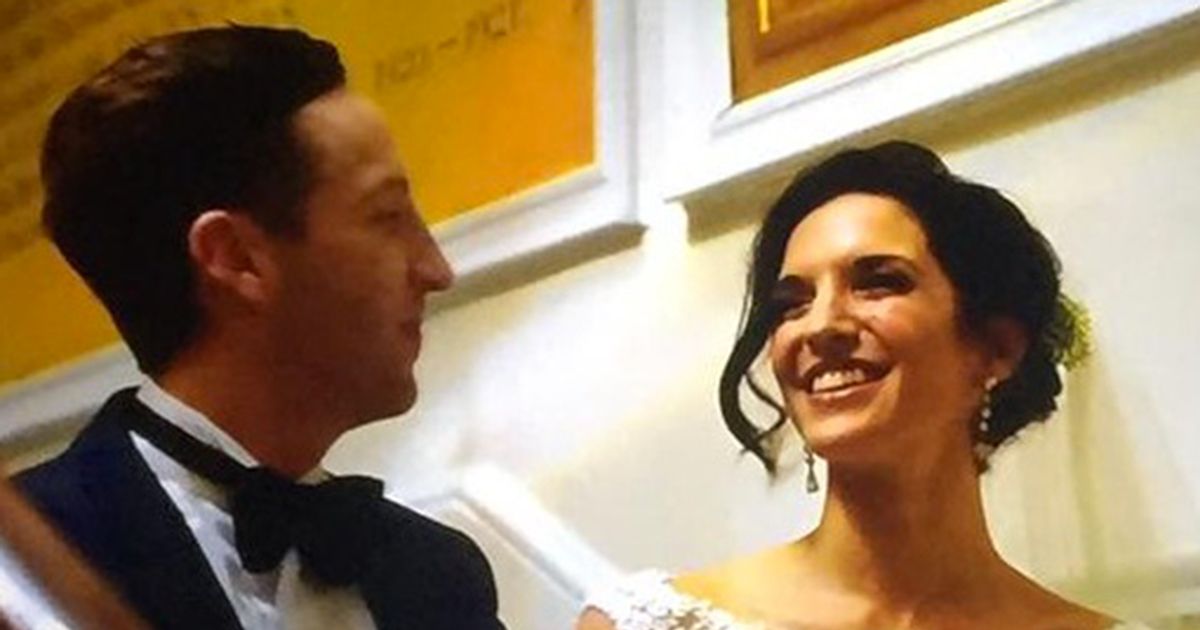 The experts claimed that the couple is an almost 100 per cent match especially with their “symmetrical faces”.

Kate claims she has been single for 3 years because she has been so busy starting her own Fitness business Form Fitness Uk. And Jason is new to London originally from Devon and has been single for a year now. He is a Senior Partner Practice of St. James’s Place Partnership with Morrinson Wealth Management, has been in financial services for 12 years and graduated from the University of Brighton.

Both look like great catches and both look pleased with their chosen life partners.

At one point Jason’s mom asked him whether he liked the woman he’d just married and he answered: “So far, yeah.”–A–mazing!

In fact fans on Twitter were shocked that these two needed any help at all finding someone.

Luckily the couple clearly had chemistry “at first sight”. They kissed twice at the altar. “I’m happy,” he said. “I’m really happy,” she proclaimed as they skipped off arm in arm to get a much needed cocktail.

I saw that Jason is looking for a new place to live on Twitter, but he insisted:

“Looking for a new flat doesn’t mean I am not still married!”

The couple is living together in a house in Bethnal Green, East London, compliments of Channel 4.

Meet the other couple….

UPDATE: 7/24/2015: Jason Knowles making out with woman while married to Kate