Michelle Money and Cody Sattler back together? 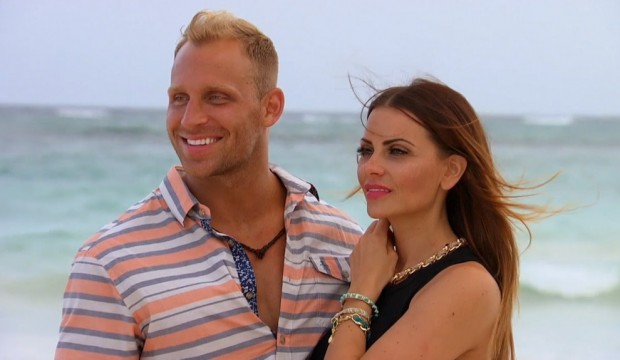 Good news Bachelor Nation! Just in time for season 2 of Bachelor in Paradise Michelle Money and Cody Sattler are getting back together.

Two months ago Michelle posted a picture with Cody in Las Vegas.

And on June 12 Cody sent Michelle a bouquet of flowers for their anniversary and a note calling her the ‘most beautiful girl ever’.

And according to Reality Steve and social media the two BiP alumni have been back together for a few weeks now and have been talking to one another on SnapChat.

RS says: “yes, they’re back together. I don’t think he’s fully moved back to Utah yet, but I’m assuming that’s the plan.”

Which is great news for the franchise because it means both couples to emerge from season one of BiP are still together.

As you probably know by now Marcus Grodd and Lacy Faddoul are getting married on season 2 of Bachelor in Paradise–in fact the wedding just happened a few days ago. So I am guessing that Cody and Michelle rekindled things as a result of being invited to the wedding since season 2 began filming on June 4th — a little over 3 weeks ago!

If you recall last year the two ‘sealed the deal’ in the Fantasy Suite–Michelle had some ‘concerns’ prior and needed to make sure they were ‘compatible’. Cody moved to Utah after the show wrapped to be with Michelle and her 9-year-old daughter Brielle but the two broke up a few months later, but it looks like these two are back together!

Who is Caprice Bourret?