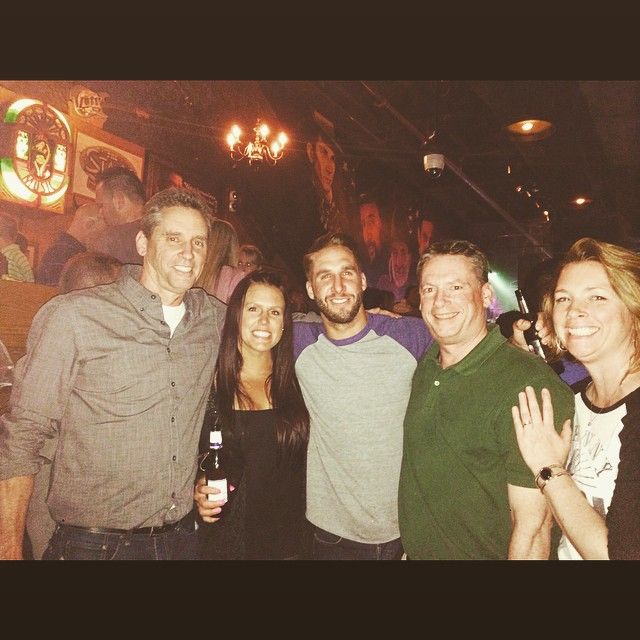 Well we are not sure who wins the final rose from Bachelorette Kaitlyn Bristowe, but we can look for signs and it’s a good sign that Shawn Booth’s family is so excited about watching the Bachelorette finale on Monday.

We met Shawn’s family 2 weeks ago when they flew to Utah to meet Kaitlyn–actually we met his dad Steven Booth and his two sisters Jesse Paulo and Meghann Booth but we did not get to meet his mom Jo-Anne Kagan Booth.

The 29-year-old personal trainer lives in Nashville, but he is from the small suburban town of Windsor Locks, Connecticut.

Watching the show you have to wonder what Shawn’s family thinks of this bizarre process especially considering all of the unprecedented situations that have gone down this season, but fear not his family is un-phased by all of the drama and very supportive of the way that Shawn has gone about finding a wife.

“We’re very excited for him,” said Jo-Anne Booth in the Hartford Courant, …..”I think he did something really daring. I would think it would be hard to do something like that, go on a national show. I think it is a once-in-a-lifetime opportunity and I think it is great.”

“I know it’s not so traditional, but as a mom, I just want him to be happy in life.”

“Whatever makes him happy makes us happy.”

Interestingly Paulo claims that Shawn never intended to audition for the show, but that a producer saw him visiting another friend who was auditioning (I am guessing Ron Worrell since he and Ronnie are best friends) and asked him to audition.

Shawn abruptly quit his job at an insurance consulting firm in February when he had been chosen.

Paulo said this about her impressions of Kaitlyn from watching Soules season….