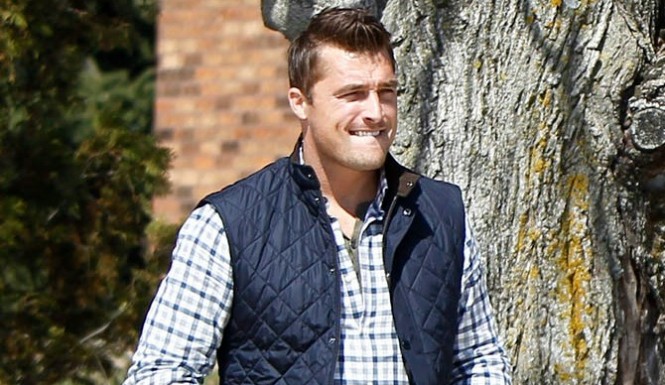 We know how Bachelor contestants like to use their 15 minutes of fame to make some money and promote their businesses so it’s no surprise that Bachelor Chris Soules is making a name for himself in the lucrative Pig Farming industry. After leading season 19 of The Bachelor and doing a stint on Dancing with the Stars, the Iowa farmer is finally returning to his roots and will judge America’s Pig Farmer of the year contest in September.

Chris has made a lot of money in the farming industry–enough to make him a millionaire and he owns 12,000 pigs on his 6,000 acre property in Arlington, Iowa. So I would definitely bet he knows his way around a pig and a Pig farmer.

“We are very pleased to have such a diverse and impressive group of experts to judge the finalists in the very first America’s Pig Farmer of the Year Award,” said Derrick Sleezer, fellow and pig farmer and National Pork Board president.

The panel will judge an on-farm video produced at each of the four finalists’ farms and then conduct an in-person interview with each one. And in case you did not get your fill of judging on DWTS you can help Chris judge the Pig Farmers from Sept. 1 through 10 by going to www.americaspigfarmer.com. The final winner will be announced Oct. 7.