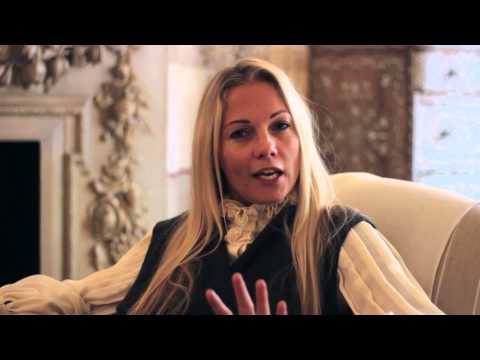 Caroline Fleming, 39 is the latest lady to join the cast of Ladies of London. She is a former Danish baroness and was married to Rory Fleming, 46 nephew of James Bond and member of England’s fourth richest family. She was the host of Denmark’s Next Top Model in 2010 and owns a perfume company.

Caroline acquired the majority of her vast fortune in the divorce. The fortune comes from the private bank Fleming Family & Partners, headed by Rory’s father Robin. The family was worth an estimated at £1.05 billion in 2008.The divorce alone makes her worth an astounding £400 million! She may well be the wealthiest member of the cast.
And she is no stranger to reality television. Her and her ex-husband starred on a six-part series titled “TV Baroness”. Unfortunately the reality show ended up documenting the disintegration of her marriage.
Photo Source: Bravo
Who is Caroline’s ex-husband?
More on Bravo’s Ladies of LondonPlease follow us on Twitter