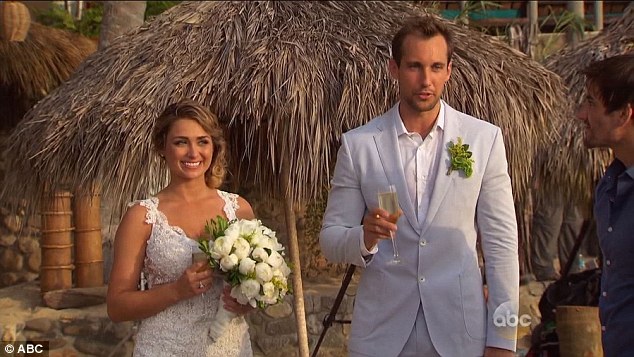 A shocking new report from TMZ claims that the televised tearful wedding of Marcus Grodd and Lacy Faddoul was allegedly fake! The couple was married on the season premiere of season 2 of Bachelor In Paradise Playa Escondida Resort in Sayulita Mexico by host and ordained minister Chris Harrison, but TMZ claims the whole thing was a ratings ploy because the marriage is not legal.

TMZ says there is no marriage license for the couple registered in the US or Mexico.

They also claim a legal marriage will not be happening anytime soon since Marcus is currently away finishing Coast Guard training.

Well at least they are still dating and a wedding is at least possible sometime in the future which is more than we can say for most of the Bachelor franchise couples.