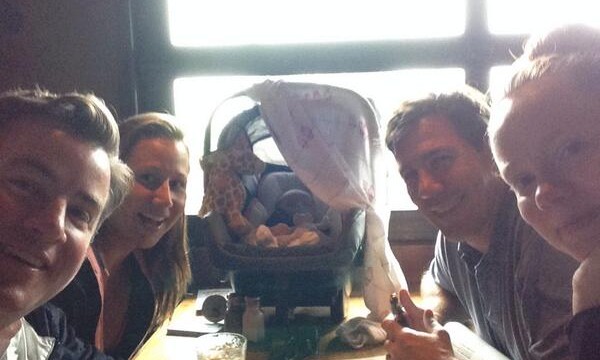 Southern Charm star Kathryn Dennis, 23 shocked everyone at the end of season one by revealing that her and on-again-off-again boyfriend Thomas Ravenel, 53 had had a baby girl named Kensington Calhoun Ravenel on March 24th in West Palm Beach, Florida.

The relationship has been tumultuous and apparently still is. And even amidst recent reports that Thomas Ravenel has been caught sneaking around with 33-year-old interior designer Anja Goen, he and Kathryn are expecting a 2nd baby together! And this time a baby boy.

Dennis confirmed with People Magazine that her and Ravenel are expecting a son.

“I’m just excited about the baby,” she says. “And I’m happy [our daughter] Kensie will have a friend to play with. It’s nice that they will be so close in age.”

“I was surprised,” Dennis claims.

“Thomas and I are always on and off, but we had a whirlwind romance that weekend. That’s kind of how we were with the first pregnancy, too. Things were wishy-washy, but we embraced it.”

So are Thomas and Kathryn together now that they are expecting their 2nd child together?

Nope! For now, the couple says they are just “friends”. Better stop having those “whirlwind romance weekends”!

Southern Charm thankfully has been renewed for a third season so no doubt we will see this epic situation play out!

Will Bachelorette Britt Nilsson return as a contestant on Ben Higgins' season?