Will Tenley Molzahn join the cast of Bachelor 2016? 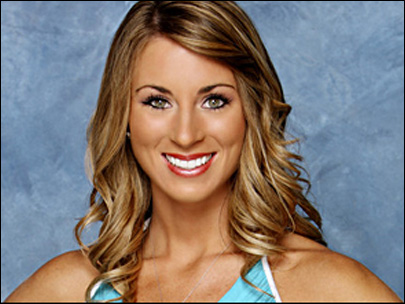 Will Tenley Molzahn join the cast of Bachelor 2016?

Bachelor Ben Higgins and Bachelor alum Tenley Molzahn reportedly wanted to “hook up” with each other after Ben appeared on Kaitlyn Bristowe’s season of The Bachelorette and the two apparently halted the romance so that Ben could lead the 2016 season leaving fans to speculate that Tenley may pull a Nick Viall and crash Ben’s season to see if there is something there. But insiders say no….

A source told E News that the chances of Tenley appearing on The Bachelor again are slim to none and suggest that the two did not have enough chemistry to pursue anything.

“She and Ben had the opportunity to get to know each other and I think if they connected on the level that Kaitlyn [Bristowe] and Nick did, it would be a different story.”

“Also, Tenley wants to be pursued, not the pursuer and she doesn’t want to be put in the insecure position of competing with a bunch of girls.”

Right? She has done that …. twice…once on Jake Pavelka’s season of The Bachelor and once on Bachelor in Paradise.

E News also suggests that there won’t be any walk ons this season from previous seasons.

“As of now, there isn’t anything out of the ordinary planned.”

And they claim that Ben, unlike Chris Soules is ‘flexible’, which is key to making a relationship work!

“Chris has a very set, solidified life, and he wanted a women who could fit in with it. Ben, of the other hand, is completely flexible. That’s the advantage of him being so young,….. He’s not set in his ways. He could move, he could change careers. He’s very open to new places and new experiences. I think if he found the right woman, he’d be open to doing anything and doing anywhere she wants.”

Plus these two just can not get together or they would be…..

When does the Bachelor 2016 start?