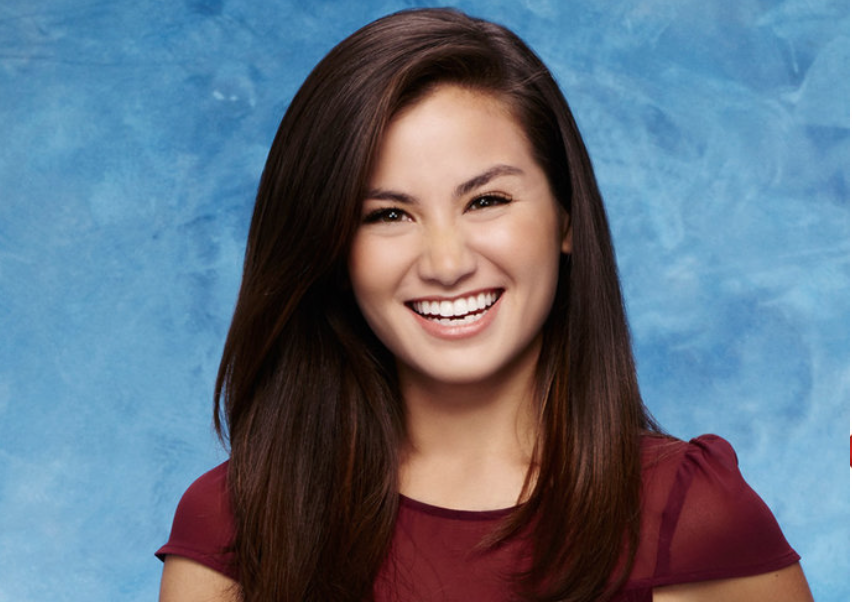 I received a tip from an insider about a definite contestant on the Bachelor 2016 season. Her name is Caila Quinn and she is 23 years-old.

She is pretty young for the show, but she looks quite mature for her age which I guess is why producers chose her — she graduated from Boston College Carroll School of Management in 2014 with a degree in Marketing.

Caila is half Filipino on her mother’s side, but she speaks German and she spent her Junior year in Germany teaching English.

She was very actively involved in the Philippine Society at Boston College.

She currently lives in Wellesley Hills Massachusetts near Boston and works as a Business Development Associate at Reflexis Systems — although it looks like she is also interested in pursuing a career in modeling.

UPDATE 1/22/2016:  I just received an email that Caila is working as a fitness instructor in Boston teaching BollyX.

“Caila is a part of my team of fitness instructors for BollyX, The Bollywood Workout.”

From their website, “Caila has a huge passion for Bollywood dancing from her college days and was overjoyed to discover BollyX this past Spring.”

(Her parents just relocated to Ohio from Boston.) She comes from a VERY successful aka rich family.

Caila is obviously incredibly smart and ambitious so she could pose a serious threat to the other amazing ladies that Ben has to choose from.

BUT….I did get this little nugget from an insider recently:

“I will tell you one more thing. She dated a guy exclusively for over a year, broke up with him in July, and now has popped up on the Bachelor. Does that sound like any other contestant this year?”

Well yes it does. It sounds just like Olivia Caridi who allegedly broke up with someone to be on the show.

Considering she must have submitted an application in summer to be on the show Caila certainly did move on pretty quickly. I guess we will have to see if the ex boyfriend becomes an issue on The Bachelor for Ben.

3 thoughts on “Who is Bachelor 2016 contestant Caila Quinn?”