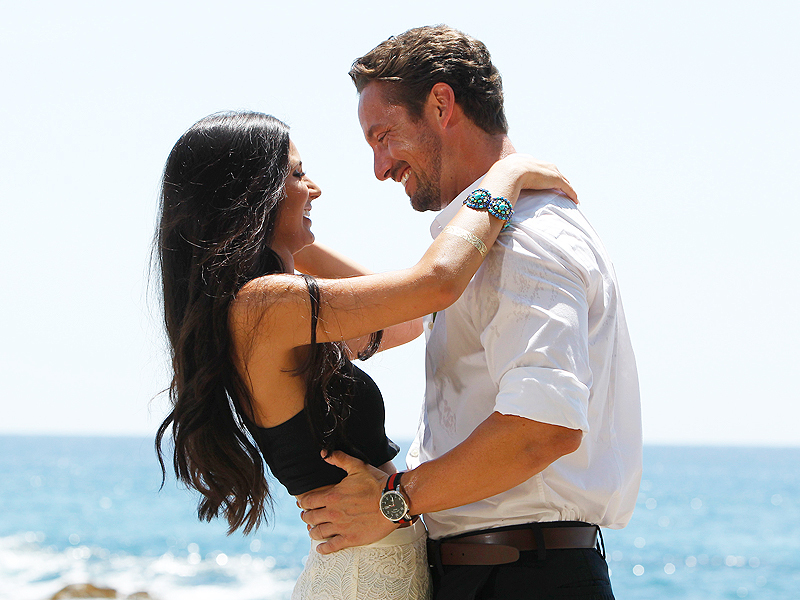 One of the most controversial couples to emerge from season 2 of Bachelor in Paradise was Nick Peterson and Samantha Steffen.

When Nick arrived Samantha was embroiled in a romance with show villain Joe Bailey aka she was “under the Joe spell”. As a result of being under the spell Sam initially rejected the advances of now boyfriend Nick.

And after seeing Samantha manipulate and deceive everyone it was hard to imagine her in a loving relationship of any kind, let alone one with a guy she met on the ABC show. But guess what? Jokes on us. These two are still together AND IN love!

“Right after we finished filming, I flew to Florida where my parents live and Nick is there too. We only had like two dates before we left Paradise, so it was really nice getting to spend time together off camera. I really got to know him, and I got to meet his family.”

And they’ve already dropped the L-bomb…

“Nick told me at the end of July that he was falling in love with me, …… And I would not be dating him unless I felt serious about it. I really want to settle down.”

As far as watching her cringeworthy role on BiP play out….

“I had never been involved in such a dramatic situation,” says Steffen. “It was hard to watch it back. I feel like people know me better now. I’m not manipulative. I couldn’t be that person if I tried!”

In case you were wondering….yes this is a long distance relationship. 30-year-old Personal Trainer Nick Peterson lives in Tampa, Florida and Sam lives in Los Angeles.

“It’s difficult being on opposite sides of the country. But we always have a date planned to see each other and that makes it easier. Nick is a great guy. And I’m lucky to have him!”

2 thoughts on “Nick Peterson and Samantha Steffen are in love AFTER Paradise!”