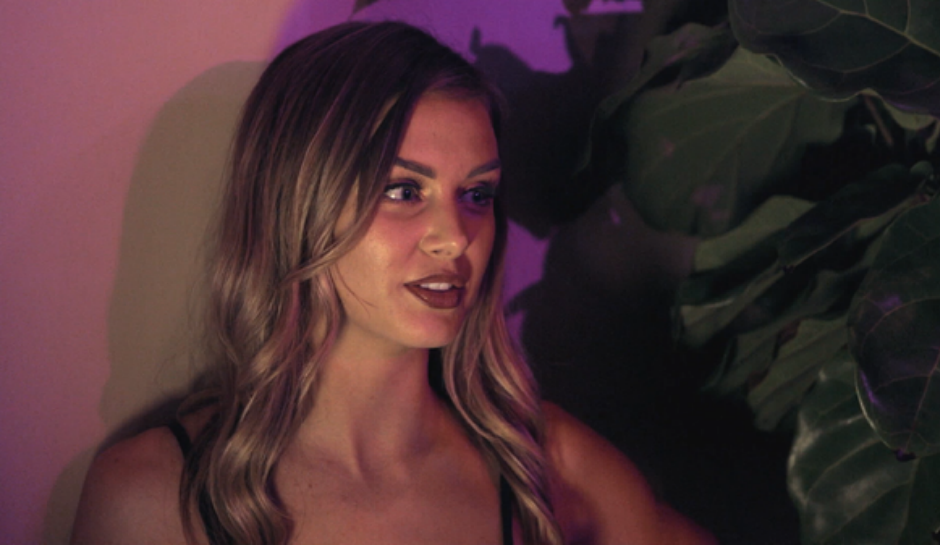 Twenty-five-year-old Lala Kent is the latest aspiring actor/model to join the SUR family on Bravo’s mega-hit reality seriesVanderpump Rules and she’s wasted no time generating some serious buzz — from a mysterious impromptu trip to Italy, to flirting with Kristen Doute’s boyfriend James Kennedy, to a lingering ex boyfriend — one thing is for sure — this girl will be interesting!

First of all, obviously Lisa Vanderpump is a business and marketing genius and she knows the key to creating buzz around her restaurants and her brands is to find the most attractive and scandal-prone employees possible. This time she found a hot, young model from Salt Lake City, Utah named Lauryn Kent aka Lala to join her exclusive West Hollywood clan.

Lala immediately catches the eye of several of her male cast mates including Jax Taylor. And after enduring quite a rigorous hazing from her new female co-workers she joins Jax outside during a work break to get the low down on everyone.

Jax is naturally flirtatious and asks about her dating life. Lala responds saying that she has not dated anyone seriously for 3 years because she is “hung up on an ex”.

I found the comment very intriguing considering 3 years is quite a long time to be pining away for someone you used to date so I reached out to her to see if I could get some more info on this guy that obviously is still very important to her.

Lala told us this, “his name is Hayes Pullard. We got together when he was 19, playing football at USC. He is now a rookie for the Jacksonville Jaguars. We are still very close, even though we aren’t together.”

Of course this begs the question, why aren’t the two still together? And the answer is the classic long-distance cliche since Hayes now lives in Jacksonville, Florida.

“We were together for 2 and a half years and we have been somewhat on and off for 3. We are both hung up on each other. But the distance is too difficult, due to our schedules not allowing us to travel much. Take one look at him and you’ll know why I’m still hooked haha. I know he isn’t seeing anybody exclusively either. We still  talk everyday.”

Hayes is 23-years-old and he is originally from Inglewood, California — and I have a feeling we will be hearing a lot more about him on the show.

In the meantime Lala appears to be getting very close to co-worker James Kennedy, but I’m not sure James can hold a candle to the torch she is carrying for this guy. Who is Hayes Pullard?