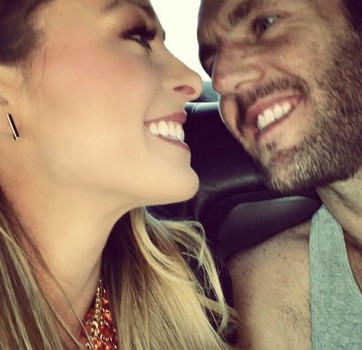 Married at First Sight star Jamie Otis, 28 and husband Doug Hehner, 33 seemed so perfect together after the initial shock of marrying a stranger wore off and they got to know each other. Admittedly they were off to a rough start, but ended up discovering that they were actually quite compatible.

And if you have been following them on social media since the experiment began 2 years ago then you probably think their relationship has been idyllic. Well not so fast. Shockingly Jamie is claiming that they were ‘miserable’ while filming season 2 which is airing now.

Last week Jamie talked about how she was thinking about her ex boyfriend whom she dated for 4 years. Doug is understanding and compassionate, but he is also taken aback and starts reconsidering their relationship. Jamie fills us in on what was going on behind the scenes during this trying time in her blog:

“The fact of the matter is that I didn’t know how Doug felt about me. I didn’t know how I felt about him. The only thing I knew for sure was that I once had a very happy, healthy relationship… and the state Doug and I were in was not happy nor was it healthy. Truth is, we still barely knew each other. Everything about our relationship had been in fast forward with no time to just be. I didn’t know how long we’d live being so miserable together if something didn’t change. This was the worst it had ever been. So, I figured I’d go first and say how I was really feeling since Doug isn’t one to open up about his feelings……”

“And to give you a bit of behind the scenes – Doug and I were barely speaking to each other, let alone seeing each other. Of course we still lived in the same house, but it was like roommates who didn’t like each other. Doug would go off to work at 8:40 in the morning and sometimes it’d be 10 at night before he came home. When he got in he’d make a sandwich and head upstairs to go to sleep. We were having serious problems that needed to be solved. We were not happy together.”

Thankfully we are witnessing the relationship at rock bottom and things are much better now.