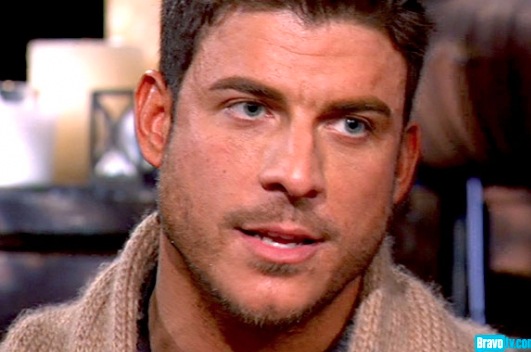 There is a reason that you have never heard anything about Jax Taylor’s family. I mean if you had a child like Jax aka Jason Micheal Cauchi, 35 wouldn’t you go in to hiding? His family is understandably uncomfortable with Jax behavior.

And since Google Answers has already swiped the names of his family members from us sans attribution (because the names prior to us publishing them last year were not known) we may as well do a post answering this important question in more detail.

So he has one sibling, a sister named Jenny Lynn Cauchi, 31 who lives in Rochester Hills, Michigan. She works at Crittenton Hospital Medical Center and attended Macomb Community College. Like Jax she also went to Eisenhower High School in Shelby, Michigan.

His mom that you met tonight on the premiere of season 4 is Marie Cauchi, 60. Both of his parents live together in Tarpon Springs, Florida. She owns a hair salon called “Bloom Salon and Spa” there in Florida. His mom interestingly is Australian. His dad is Ronald Cauchi, 59 is originally from Southfield, Michigan. Ron does Sales at Sun Toyota & Scion in Tarpon Springs, Florida. He attended the University of Michigan and Southfield-Lathrup High School.

In case you missed this comment. This came from an insider last year about the strained relationship that Jax has with his family.

“Yes cancer f—ing sucks, watching my father go through this is killing me. Prayers to all the families that have to deal with this awful disease,” he shared on Twitter. He continued, “I don’t wish this this disease on my worst enemy. #—cancer watching your loved ones battle while I sit and watch is the worst feeling.”

14 thoughts on “Who is Jax Taylor’s family?”