Scheana Shay on her alleged marital problems, her birthday and the Kristen Doute situation 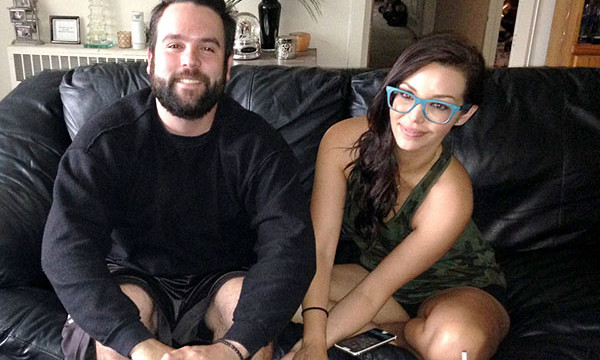 “This was definitely not the easiest year for me as you will see coming up, but I’m in the best place I’ve ever been in. I’m happy, healthy and still madly in love with my husband who is my rock and my best friend in the entire world. I can’t wait to see what else life has in store for us!”

Previews suggest that husband Mike Shay has an alcohol and drug problem and that he will be confronted about it by his co-stars.

Anyhow, the season begins where it usually does…with Scheana’s birthday. Shockingly, no one ended up in the hospital this time. The cast dressed up in their best retro decades costumes.

And low and behold Kristen Doute shows up uninvited. (I’m sure she was not coaxed by producers). In typical Kristen fashion she came dressed for an accidental nip slip. Needless-to-say Tom Sandoval’s girlfriend Ariana Madix is not happy and begins questioning her friendship with Scheana.

How surprised were you that Kristen showed up to your party? Or did you have a feeling she would show up?

She replies, “I had a feeling she was going to come and I was okay with it. James told me he invited her and I didn’t fight it. As long as the invite didn’t come directly from me I felt like I was in the safe zone with Tom and Ariana- clearly I was wrong.”

In response to whether or not she was worried that Kristen showing up would make Tom and Ariana upset, she said…

“It shouldn’t have affected them at all. There were 100 other people there. Kristen hasn’t bothered them in over a year and never even mentions either of their names anymore. She’s moved on from that and I wish they could to. Our friend group is up and down and very love/hate at times, but at the end of the day there’s more love there! Everyone needs to act like the adults we are and kindly look the other way if someone is there who they don’t like.”

Well Ariana was very upset that Scheana was so friendly with Kristen after Kristen had been so mean to her. I am shocked Scheana was Ok with Kristen showing up based upon the past history of her birthday party where Kristen had always been at the epicenter of a serious situation. Even though Kristen was fired from SUR she will still play a leading role on this season of the show.

Who is Jax Taylor's family?