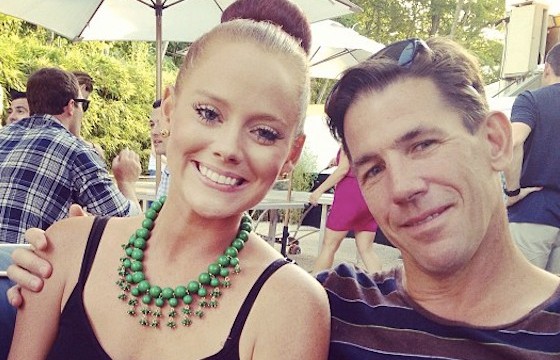 The two already have a 19-month-old daughter named Kensington Calhoun Ravenel together.

They are not officially together, but seem to be putting on a ‘united front’ for appearances. The relationship has been rocky to say the least even resulting in an arrest in October of 2014 amid assault allegations by Dennis’ good friend Lauren Moser. The two admit baby number two was also not planned and they were not officially together when he was conceived.

As far as the question, are Thomas and Kathryn together?

Sources tell us, “as you are aware, while the public may think Thomas and Kathryn are together, there is clearly a different view in the inner circle.” Sources also tell us that T Rav is currently running around with another woman 30 years his junior.

Ravenel resigned as South Carolina state treasurer in 2007 after he pled guilty to federal charges of distributing cocaine. He recently ran against Sen. Lindsey Graham for U.S. senator and lost. Who is Scheana Shay's friend 'Jenna' that James Kennedy cheated on Kristen with?