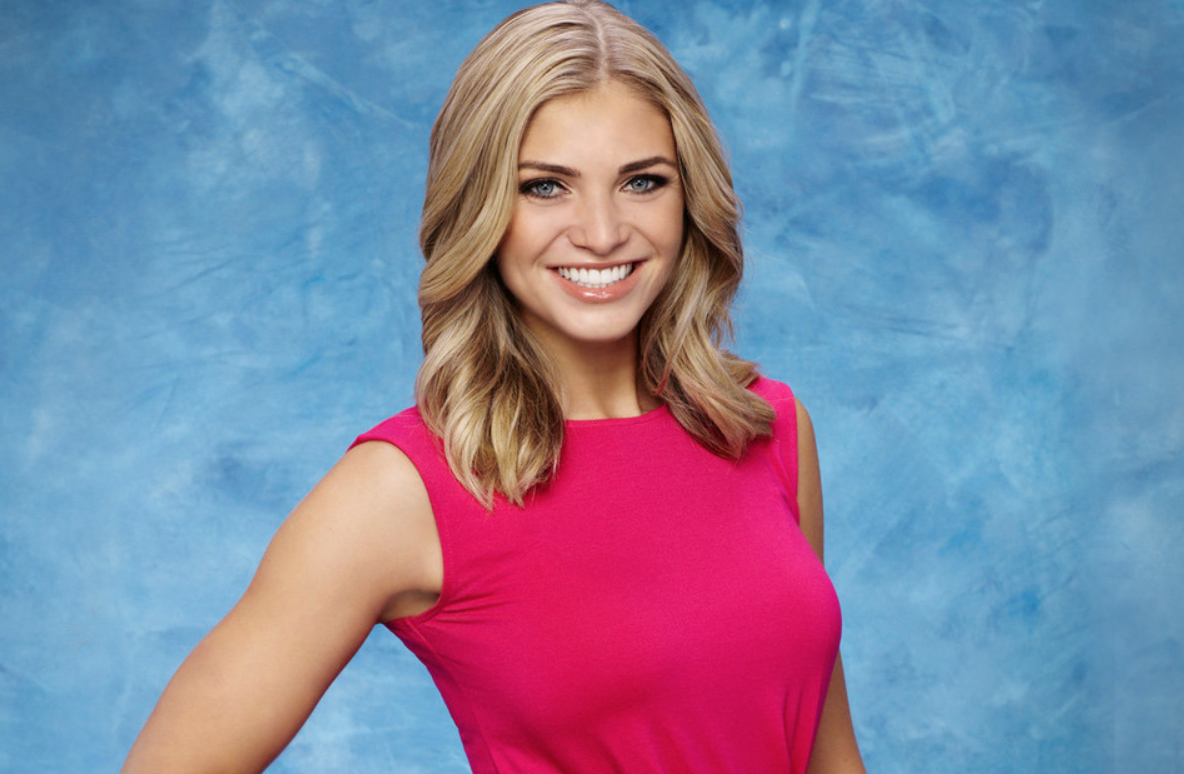 One of the 25 amazing ladies that we will meet when Ben Higgins season of The Bachelor premieres in January is 23-year-old Olivia Caridi.

1: Her parents Dr. Robert and Dana Caridi were pioneers in the world of reality television.

The two appeared on Good Morning America in May of 1989 to talk about their upcoming marriage and relationship. The documentary followed them to the birth of first daughter Olivia.

2: She dumped a boyfriend to be on The Bachelor. Yep she dumped her 26-year-old politico boyfriend in Lynchburg, Virginia, Josh Rose when she got the call from producers to do the show. (Incidentally the same allegation has been made against contestant Caila Quinn, so keep an eye on those two).

4: Currently she is a newscaster, but she wants to be a sports broadcaster.

“My life goal is to become a sideline sports broadcaster just like Erin Andrews. I know, everyone wants that job. But I have the drive to get there. I have started making connections early and filling up my resume, and every time I shadow someone in the business, I am reassured that I want to work in sports for the rest of my life. Of course I know that hundreds of people want that position, so I have law school in the back of my mind.”

5: She dated a Dallas Stars player. Now I do not know this with 100% certainty but here is what I got from an insider….

“One of the final 50 used to have a thing with a current Dallas Stars player. I know which player, but I don’t know the name of the girl, or the name of any other girl in the final 50, for that matter. Other than that, I wasn’t told anything else.”

The reason I am all but certain it’s Olivia is because she used to do work with the Dallas Stars. Here is the statement from her blog showing she worked with the athletes.

“I am an intern at Fox Sports Southwest. I commute to the headquarters in Irving, Texas twice a week to serve as a teleprompter for studio shows and logging and loading game coverage. I also attend most Dallas Mavericks, Dallas Stars, and Texas Rangers games, meeting athletes that I’ve been watching on television for years and, honestly, getting paid to enjoy what I love doing: watching sports.”

So I expect that may come out at some point.