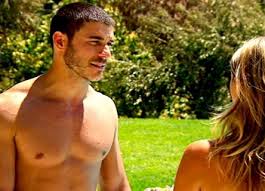 Vanderpump Rules star Jax Taylor may the best thing to ever hit reality television. He is one endless situation and impulse control problem. Here is a brief list (obviously this list is just a sampling) of interesting nuggets about Mr. Jax.

1. Jax Taylor is not his real name. He was born Jason Micheal Cauchi but changed his name after living in Miami prompting rumors about what Jax actually did in Miami.

2. He is not close to his family. He has a sister Jenny Lynn Cauchi who lives in Michigan and his dad Ronald Cauchi and mom Marie Cauchi live together in Tarpon Springs, Florida. An insider told us:

“Jax has issues with his family. His parents have never wanted to make an appearance on the show and his mom never tweets or anything like that. …. You notice that he has none (pictures) of her anywhere to be found. He loves his mom, but there is a disconnect.”

3. He used to be roommates with People‘s Sexiest Man Alive Channing Tatum. On a Watch What Happens Live interview he revealed:

“I lost my virginity at 19. I used to be roommates with Channing Tatum.” The two were roommates when Channing was stripping in Miami. Interestingly Channing Tatum has admitted to being attracted to men too leading many to speculate and fantasize that Jax and Channing were gay lovers. Rumors had been swirling around Jax for a while but it was not until the end of last season that it was revealed that Jax sort of had a boyfriend in Miami — a wealthy older man named John Walters. Jax revealed that the two were roommates and that John had taken some  nude photos of him.

7. He’s a self proclaimed sex addict. Jax has admitted to having over a hundred sexual partners (actually 300 plus) and recently was accused of having herpes.