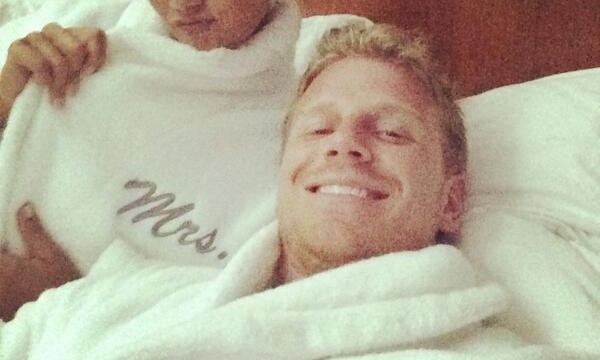 Is it true that our favorite Bachelor couple of all time is having marital problems already?

Marriage Boot Camp: Reality Stars premieres Friday, Dec. 4th on WE tv and the show will feature Sean Lowe, 32 and Catherine Giudici, 29 and yikes the show director claims that the two need “help” with their fledgling marriage.

Seems like just yesterday the two wed in front of millions of fans, January 26th, 2014 to be exact, but now almost two years later the two are seeking help on national television once again.

In a preview Sean and Catherine sit down with director Elizabeth Carroll to discuss whether the show is a good fit for them.

“I’d say I’m unsure about this,” …… “I’m not saying I’m leaving right now, but I’ve had an uneasy feeling about this ever since we agreed to do it.”

Carroll responds, “We are very specific and strategic about going to the people who need help. If you’re healthy you don’t need a doctor, right?”

“I don’t want to seem judgmental in any way, but it’s a bunch of people talking about threesomes, dropping F-bombs every other word. I don’t want to be associated with that,” he says.

It was no secret on Sean’s season of The Bachelor that Sean was very Christian so it’s no surprise that the behavior of his cast-mates would bother him.

I suspect the duo will stick it out.