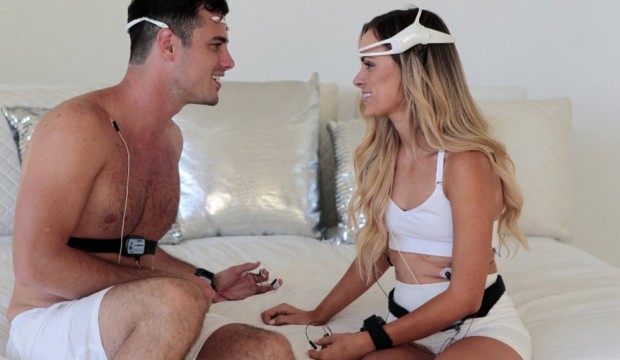 In trying to figure out what to write about from last night’s Bachelor episode and not really feeling inspired to do a full recap, I thought it would be more appropriate and fun to do the recap a different way….by handing out some awards to contestants based upon their performance thus far in the season.

The judging wasn’t easy but with no further ado I would like to hand out some awards to the amazing ladies of The Bachelor 2016 season.

8. Most likely to appear on the most consecutive seasons of The Bachelor, Bachelorette, Bachelor in Paradise or any new Bachelor franchise ABC can freakishly create….

Winner: Amber James. Amber was on Chris Soules season for all of 2 seconds, but keeps getting called back by ABC and has already starred on 3 different seasons of the show — unfortunately with not a lot to show for it.

We know what happened with Soules. Then she went to BiP to meet Dan Cox and lasted about 2 episodes. Then she joined Becca Tilley for Ben Higgins Bach season and thus far does not appear to have a connection with this Bachelor either. But take heart I’m sure ABC is not going to give up on the cute Chicago bartender yet. 7. The Kelsey Poe award for Most likely to sue The Bachelor for emotional distress…

Winner: Samantha Passmore. Poor thing was so traumatized last night after failing the smell test with Bachelor Ben. And just to make things worse Sam was already a tiny bit neurotic and self-conscious. BUT the good news is that she JUST passed the BAR exam and can take these lemons and turn them in to lemonade! Of course this is not to be confused with #6

6. Most likely to sue ABC for being physically assaulted by another contestant… Winner: That award goes to Leah Block for the black eye she gets — presumably from Lace Morris per the previews and that brings us to the Lace Morris section of the awards ceremony.

5. The Tierra LiCausi award for Most likely to throw herself down a flight of stairs to get Ben’s attention…..or anyone’s attention. 4. The Chris Bukowski award for Most likely to try and crash next years season of The Bachelor by camping out for 7 days with Kraft food services outside the Bachelor mansion Winner: I think this one also goes to Lace Morris.

3. The Blakeley Shea award for Most Likely to have a meltdown in the luggage room…. 2. The Ben Higgins award for Most likely to just ‘talk’ in the Fantasy Suite… 1. The Renee O-teri award for Most likely to be engaged to an ex boyfriend before this show even finishes airing…

Winner: Im gonna go with Lauren Russell. Unfortunately we did not have much time to get to know Lauren because I think she would have been amazing to watch and she was booted episode 1, but as soon as she landed back in the real world she was already dissing Ben! But we got this amazing inside scoop on Lauren from one of her ex students that makes me think she is a wild card and a bit erratic and could likely follow in the footsteps of her Bachelor predecessors, Renee O’Teri, Tierra LiCausi and Ashley Salter and drop a bombshell that she is engaged before the season finale even airs in March! Time will tell….

Kristen Doute on getting dissed on Hawaii and Tom and Ariana