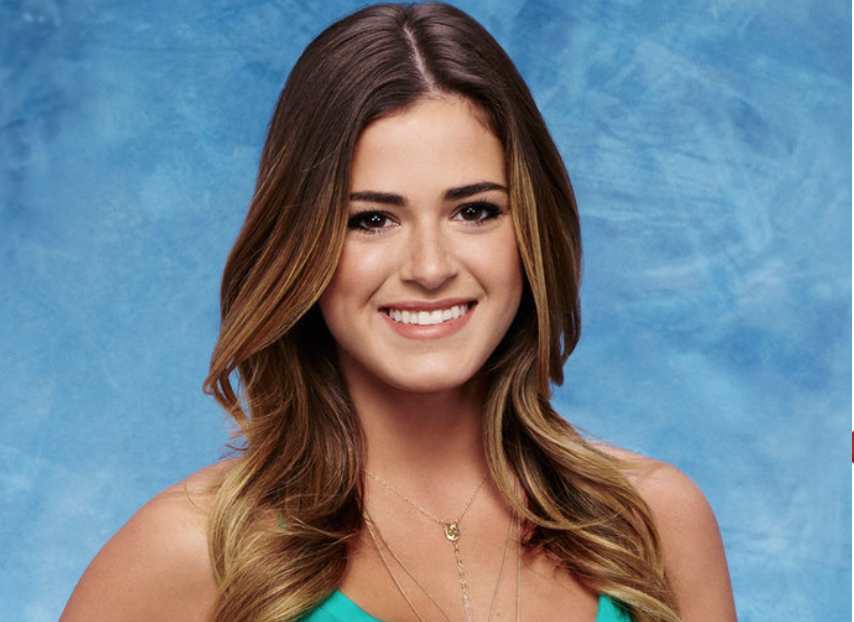 Tonight Bachelor Ben Higgins, despite being in a monogamous relationship with Olivia Caridi, enjoyed some 1 on 1 time with 24-year-old Joelle Fletcher. And Jojo opened up about her ex boyfriend. We knew that Jojo had an ex boyfriend at home taking care of her dog and he could be a situation, but I thought the break up was mutual so I was a bit shocked to hear Jojo comment that he really broke up with her. And the two only broke up a mere 5 months ago.

“I wasn’t the only person involved in their life” she claimed….saying “it brought up a lot of insecurities for me.”

She strongly hinted that her ex 38-year-old Chad Rookstool had either cheated or had feelings for someone else and wanted to see other people.

“He could not return the feelings”, she said.

Ben asks if she is really ready to see someone else. And Joelle assures him she is absolutely totally over it, but I’m not so sure.

Ben wrote in his blog “when JoJo was able to explain why she hadn’t really let me in and tell me about her most recent relationship, it made her make so, so much more sense.

I could sense that she was holding back from me a little bit emotionally and hearing that story I could absolutely see why. And I think her being able to admit that was the first step in us getting past that as a couple and actually starting to connect on a deeper, more emotional level.”

Let’s be honest. How many times has a contestant come on the show a few months after a break up only to return home and get engaged to the ex?…Ashley Salter for one.

Interestingly I think Chad was up for a part on the Bravo show Dallas Most Eligible. Remember that?

Anyhow, I think this could be a deal breaker for Ben.