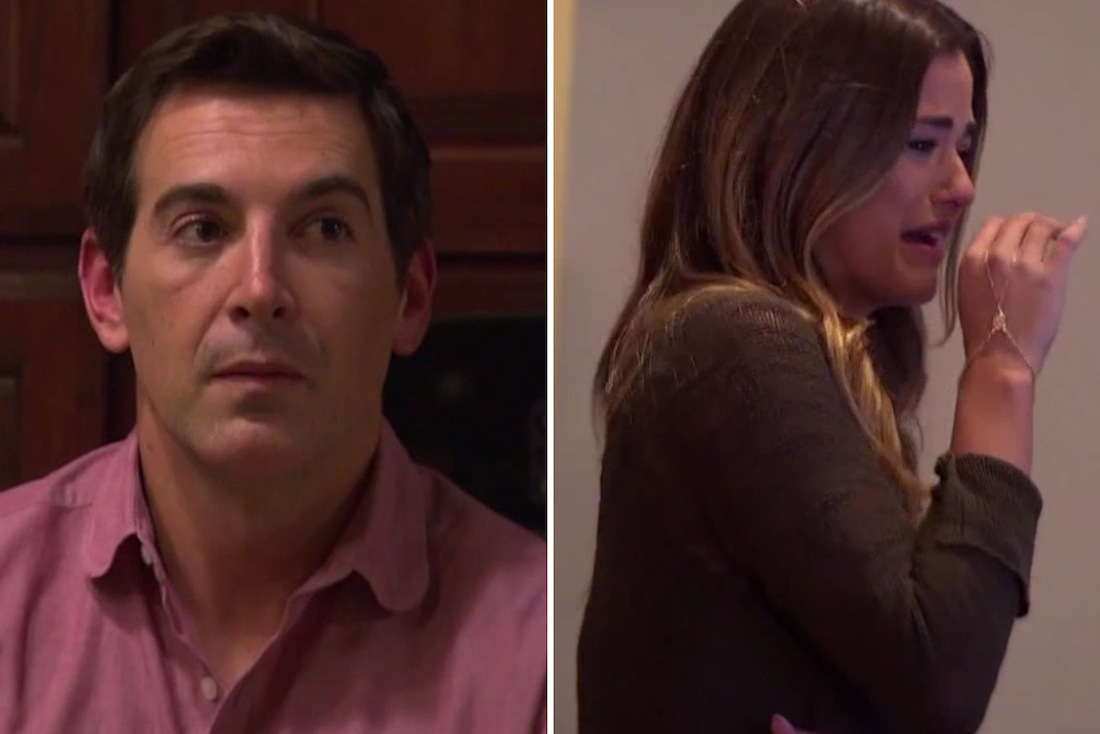 Let me sum up the episode for you.

Ben went to Orange county and some things happened.

Ben went to Portland and some things happened.

Ben went to Ohio and some things happened.

First of all, as a HUGE and possibly the only fan of NBC’s VERY short-lived series Ready For Love, I have been patiently waiting for this episode all season. I followed Bachelor – ( Jojo Fletcher’s brother ) Ben Patton faithfully on Hulu after the series was cancelled on the 3rd episode on NBC.

The show was awesome! Really I hope NBC will consider bringing it back–especially in light of our very professional poll where nearly 6000 people voted that NBC should bring it back!

So I knew we would see 34-year-old Bachelor Ben Patton again — who by the way did find love and did get engaged on the show to self-proclaimed virgin Angela Zatopek, but sadly the relationship was short-lived (like the show).

And the idea that Bachelor Ben Patton was going to be blasting Bachelor Ben Higgins about the audacity of dating multiple women on a reality show and potentially leading sister, 24-year-old Dallas real estate developer Joelle Fletcher, on was just too enticing. I mean how META was Monday night?

We have this guy who went through the exact same process Ben H is going through now — meeting the families of 3 different women prior to proposing — and is attacking Ben’s sincerity.

Here’s the thing. Ben P. actually had a contract to be ABC’s Bachelor from 2008 until 2012 when NBC bought it out so no one knows better than him that Ben H. was contractually obligated not to share his true feelings for Ben P’s sister so attacking Ben H. was like — Whoah! what universe are we living in?!

In addition to Ben P, Jojo’s oldest brother 38-year-old Matt Patton was also there and was equally hard on Ben.

So Ben Higgins talks about the epically intense and emotional Hometown/Bro-down with Joelle in his Yahoo blog.

First he mentions the small hurdle of Joelle’s ex Chad Rookstool reappearing with 2 dozen roses and a love letter and then talks about the even bigger hurdle of Jojo’s protective brothers.

“Once we got past that I thought it would be smooth sailing. I was starting to get the hang of this family thing! Although, JoJo had warned me about how protective her brothers can be, so I knew that I was going to have to answer some hard questions. And that may have been part of the problem too. I think going into those conversations I was trying to be so careful to be absolutely honest and not make any promises that I wasn’t ready to make yet that I think I held back a little bit too much and maybe gave them the wrong impression. They thought that my answers were too careful I think, and I can see how they may have come off that way, but that’s not what I meant by it at all.”

Poor Ben! Ben is so about ‘doing the right thing’ and in his mind ‘the right thing’ was remaining tight-lipped about his true feelings, but now he sees how being so conscientious actually backfired….it always does.

“Watching the show now, I hope they can see how incredibly serious I was about JoJo and that I just wasn’t ready or in any position to tell them that I was definitely going to propose to their sister. If I was holding back on my answers or being too political that was the only reason why.”

The big bombshell Monday night was Matt accusing Ben of ‘brainwashing’ his sister,

“What confused me the most was that walking away from my talk with them I thought everything was totally fine. If they had concerns I wanted them to bring them up and ask me, so when I walked into the kitchen and Matt was talking about how I had been coached or had brainwashed JoJo I was really, really confused. But I am glad that he said something and I didn’t walk out of there thinking everything was fine when it clearly wasn’t. But I will say that I walked out of there with real questions about whether or not that family would accept me or even liked me at all. I knew that my relationship with JoJo was still really great, but I really had no clue with where I stood with her family when that night was over.”

In the end the day was BRUTAL and we got to see nothing of Dallas. Jojo was seriously worried that her brothers and her ex boyfriend had sabotaged a potential engagement…and I think they did. If Jojo does not “win” I have to wonder what her relationship with her brothers will be like? I also hope the brothers will appear on AFTR to address the situation…fingers crossed.

Who is Ben Patton?