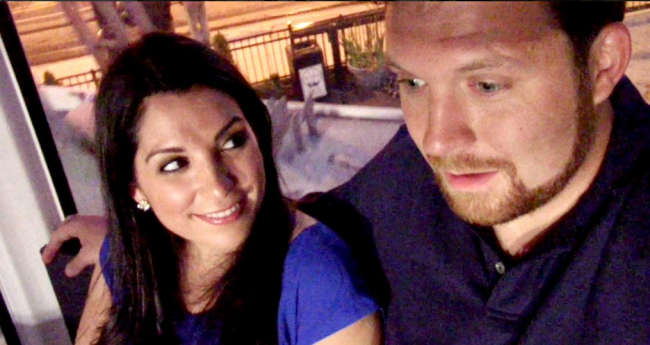 We recently reported that Married at First Sight star 29-year-old Atlanta Software account executive David Norton had what appeared to be an arrest record. Since then David has confirmed that it was in fact him and since then In Touch Weekly obtained the official Peoria, Ariz., police report, witness statements and mug from the August 2007 arrest. And the details reveal that the incident was much worse than what David admitted to — which seemed pretty clear since the court ordered him to complete domestic violence training courses! I was slow to suggest how bad the arrest likely was, but that key detail indicated that whatever he did, it was bad.

Interestingly it was his brother Brian Norton who called police. Remember David contended that he caught his brother with his then girlfriend and that is what sent him into a rage. According to the documents, police actually witnessed David throw his girlfriend to the ground as she tried to run out of their apartment.

Brian reported shocking threats from his brother in his handwritten witness report: “David got in my face saying he will slit my throat and [his girlfriend’s].”

He also revealed that David’s outrage was a result of his girlfriend, breaking up with him, and not sleeping at their home the night before.

Eventually David pled guilty to a misdemeanor charge of disorderly conduct and was ordered to complete 26 two-hour court-ordered anger management classes in 2008. (This was the clincher to me and the clue that something very serious had happened prior to David admitting it was him or In Touch getting the official police report).

In the report his girlfriend contended that as soon as they moved in together, “David changed and became very possessive,” and that he smashed her cellphone while demanding to know where she had slept the night before.

As I said before the court report was accessed the week these two were married so it looks like A&E definitely knew about it. I suspect they discovered the information too late in the process and were hoping it would not come out.