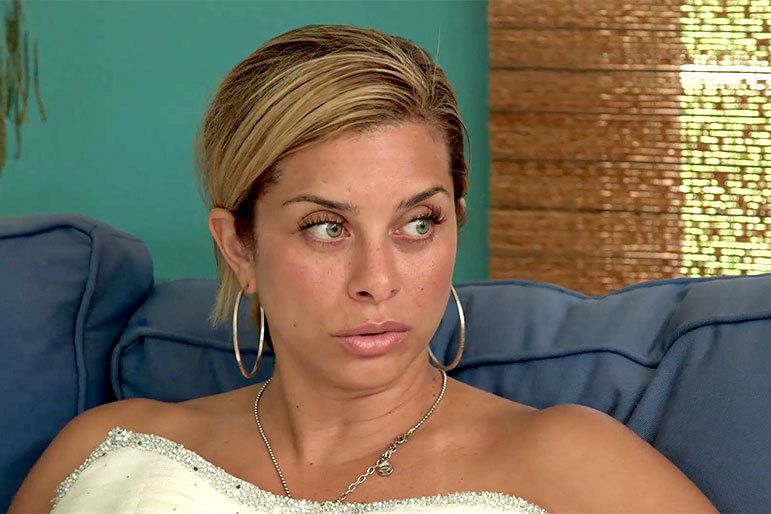 If you have been watching The Real Housewives of the Potomac you have seen the rather curious relationship that publicist Robyn Dixon, 36 has with her ex husband NFL star and high school sweethearts Juan Dixon whom she lives with. In fact it seems pretty apparent that these two may not be over especially since they still sleep in the same bed! But they are divorced.

Juan works as a special assistant basketball coach for the University of Maryland, but recently he got a job offer in another state which really sent Robyn in to a tailspin.

“I know that living with my ex-husband sounds crazy, but for right now, it’s best for our family. We truly function as a family. We take care of our boys together, attend events together, and share in the responsibilities at home. So when Juan informed me that he was considering a job in another state, my heart dropped. What would we do without him at home in Maryland with us? Or would the best decision be to move with him? It’s so important to me that my boys are around their father every day, so would I move to another state just so the boys could be with their dad, although we aren’t romantically in sync?”

The question interestingly reveals some interesting aspects of their relationship…namely that it’s not officially over despite the divorce papers.

Interesting. Sounds like if Robyn had it her way, her and Juan would still be together. According to her bio Juan “broke her heart” aka cheated. But the two continued to live together to raise their kids after signing divorce papers and neither has dated anyone else since.

And earlier in her blog she said,

“Now I know everyone’s burning question is whether we date other people. I honestly have no interest in dating right now, so for me, this is easy. As long as Juan and I are both growing as individuals and strengthening our relationship as parents, we should be able to be happy living under the same roof! At some point though, we will have to get out of this gray area and either bring on the romance or call it a day!”

Little did she know that day may be coming sooner rather than later!