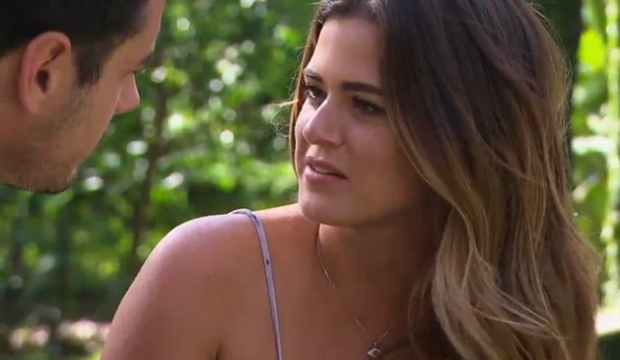 Monday night’s finale of The Bachelor was truly amazing! Usually the finale doesn’t quite live up to all of the hype, but this time ABC delivered on all of their promises.

First in the most dramatic and heart-wrenching finale in the history of the show and then with a BIG announcement that NO one was expecting!!! I mean ABC pulled out all of their ninja skills last night–throwing us 1 curve ball after another!

So everyone was expecting Chris Harrison to announce that Caila Quinn was the 2016 Bachelorette. It was supposedly a done deal.

But ABC did a last minute 180 and decided to forgo their original choice of 24-year-old Caila Quinn and opt instead to let Ben’s heart-broken runner-up Joelle Fletcher lead the 2016 season.

The decisive maneuver was brilliant. I was having a hard time figuring out how America was going to get invested in Caila Quinn’s 9-week journey to find love after her rather lackluster and non-existent 7-week relationship with Ben Higgins.

Caila is certainly gorgeous and charismatic and a great catch, but she just turned 24 and does not really seem remotely interested in landing a life partner at this point.

So, boom! change in plans! Jojo will lead the show.

So why didn’t they pick her earlier since they knew how things played out and knew how invested viewers would be in Jojo?

Given the news that she was dating Kaitlyn Bristowe’s runner up Nick Viall, I suspect she simply was not available. I think ABC wanted her, but she started something with Nick right away. I’m guessing Jojo eventually saw the light with Viall and dumped him recently.

Today Caila graciously conceded by tweeting a picture of Jojo and Lauren saying,

“Congratulations to these beautiful girls!” …..”Sending love as the journey isn’t over, it’s only just beginning.”