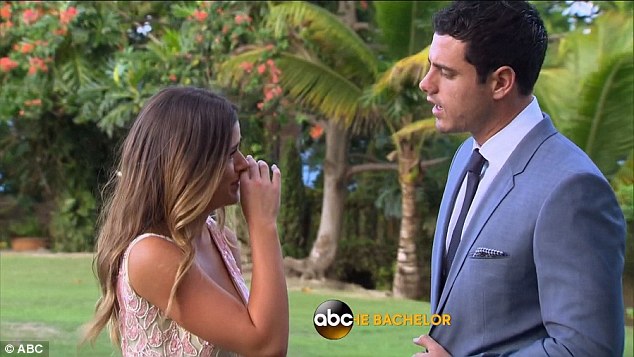 JoJo Fletcher appeared truly devastated on the Bachelor finale when 26-year-old Ben Higgins told her he was in love with someone else. But the show wrapped months ago and she has since gotten over Benjamin and is now ready to give the “process” of finding love in 9 weeks on national television another go.

On ATFR ABC announced that Jojo aka Joelle would lead the 2016 season of the Bachelorette.

She recently spoke to E! Online about how she got over Ben.

“Right after my relationship ended with Ben, I had some time at home to think about everything. I feel like I got to a place where I moved on and I was happy, and then it came to me and I felt like I was more ready than ever. The timing felt right and I was really excited.”

As far as how Jojo felt when she saw Ben profess his love for fiancee Lauren Bushnell she said,

“I never thought there was anything wrong with Ben saying ‘I love you’ to both of us, it just didn’t work out for me. I’m good friends with Lauren and I think Ben’s amazing, but he just wasn’t the right one for me. I know that I’m more than ready to find someone now.”

By the way Jojo has already begun filming her season! And we know 5 of her contestants: Jordan Rodgers, Chad Thedford, Paul Tappon, Sal DeJulio, and Jon Hamilton.

And she did say to Good Morning America that things are going well.

“I am connecting with these guys. I’m having fun with them. I’m actually feeling feelings, which I didn’t expect so early on.”

But there is one big wildcard in all of this….and I’m not sure how it will fit in to the upcoming 2016 Bachelorette season…..that is: Jojo got back together with ex boyfriend Chad Rookstool as soon as she returned home from filming The Bachelor!

And it sounds like she left things really unfinished with Chad suggesting they potentially could get back together in the future.

So I worry that she may not be emotionally ready to hand out a final rose to anyone….