What is Caila Quinn doing now? 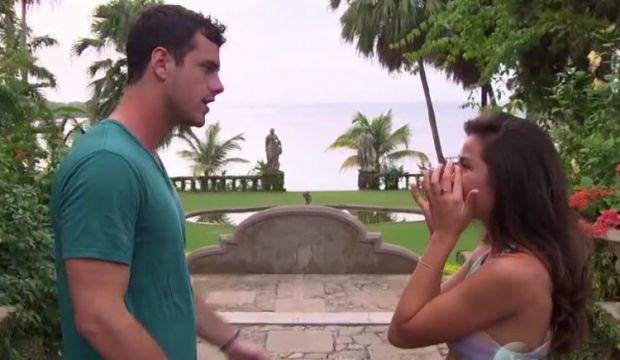 Caila Quinn was blindsided twice in the last few months, once by Bachelor Ben Higgins when he broke up with her in Jamaica and then by ABC when they picked her to be The Bachelorette and then pulled out at the last minute in favor of runner-up Joelle Fletcher.

So 2016 has been quite a rollercoaster for the 24-year-old. But she is not letting any of it get her down. In fact Caila is following in the steps of Andi Dorfman, throwing caution to the wind, quitting her job and moving to the Big Apple. Yep, Caila recently moved to New York City.

Caila was devastated when Ben dumped her, but she has moved on. Not only has she moved to a new city she is changing careers. Actually she had already changed careers in Boston. She left her lackluster desk job as a software sales rep to teach BollyX, fitness classes. And I am so happy to hear that despite the move to NYC she is still with Bolly-X because the B-X peeps in Boston sounded really nice and very excited that she had joined the franchise.

In fact the first thing I thought when I saw that she was moving was “oh no! What about Bolly-X?!”

Anyhoo, undoubtedly Caila is bummed that ABC revoked the Bachelorette offer, but she has been nothing but gracious to new Bachelorette Jojo Fletcher.

“I really am genuinely excited for JoJo,” she shared. “She is the kindest person; I hope she meets the one.”

Remember Caila famously dumped a 2 year exclusive boyfriend to go on The Bachelor? Naturally I thought there was an excellent chance that the two would get back together when she returned but evidently not. Caila is still looking for love.

“I have gone on a couple dates and I’m excited – there are a lot of eligible bachelors!”

“Anyone and everyone deserves love,” she added. “I’ll find it – this just wasn’t my path.”

Something tells me Caila will have NO problem finding love. Something also tells me that we will be seeing her again on ABC. Bachelor in Paradise 2016?? Fingers crossed!