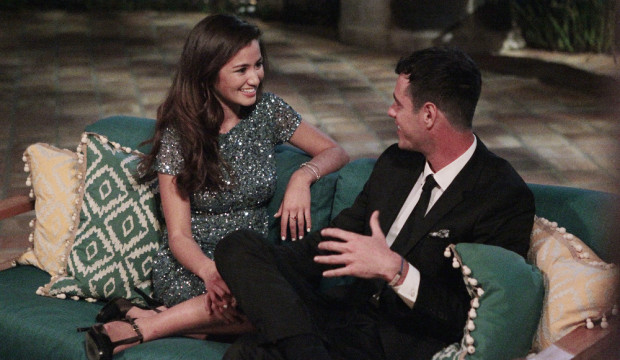 The Bachelor 2016 finale was shocking for several reasons and one of those reasons is that ABC announced they were ditching 24-year-old Caila Quinn as The Bachelorette 2016 in favor of Bachelor runner up Jojo Fletcher.

To be fair they didn’t exactly use those words. Nor did they ever acknowledge that they had chosen Caila in the first place, but that was in fact what happened.

Yep, it sounds like Caila had sealed the deal with producers and ABC pulled out at the last minute. And now the sex panther is getting the big consultation prize by being sent to “paradise” with Lace Morris and a slew of other Bachelor alumni. Yes, BiP has become like a wild-life sanctuary for Bachelor stars that generate a lot of interest, but weren’t quite solid enough or maybe sane enough to lead the show.

Given the amount of time and energy ABC spends to cast these eligible singles you can’t blame them for wanting to squeeze every last nugget of value from their investment.

So Caila will be a cast member of BiP which I’m guessing is a bit bitter sweet for the reality star given that a role on BiP also means that she will never be The Bachelorette. Sigh….

I’m sure she will be fun to watch on BiP. I actually think ABC gave Caila a great edit on The Bachelor knowing she would likely be The Bachelorette, but now that that ship has sailed I think we might get see another side of her….fingers crossed!

Chad Rookstool claims he and Jojo Fletcher got back together after The Bachelor!