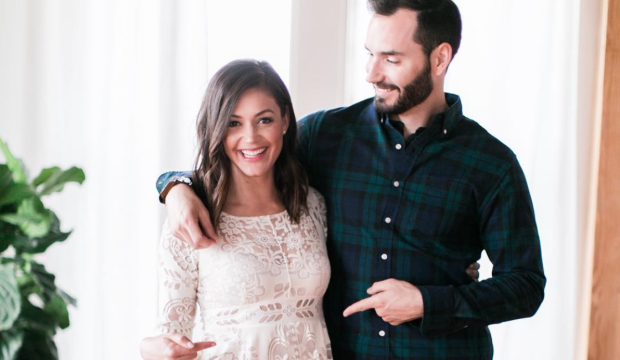 The couple met on Season 9 of the Bachelorette and got engaged on the final episode that aired on August 5th, 2013. Surprisingly the two were married in a very private ceremony in January 2015 in Southern California.

The 30-year-old Bridal stylist announced her pregnancy to Us Weekly claiming that she was 13 weeks pregnant and learned she was pregnant on Valentine’s Day while celebrating their one year anniversary in Hawaii.

“I kind of knew, like, ‘You know something, I think I’m pregnant. We were in Hawaii, when we went for our one-year anniversary. That’s when we took a test and found out!”

Des moved from Colorado to Seattle to be with Chris.

She was famously heart broken when her number one choice Brooks Forester walked off on the finale!

2016 is a big year for Bachelor babies. Desiree’s announcement comes on the heels of the news that another one of our favorite Bachelor alums is with child. “Because of you (son), I can feel myself slowly but surely becoming the me that I’ve always dreamed of being” Thank you again @baileykhsmith for being such a wonderful photographer to work with and capturing these amazing moments for me! ♦️Photographer |

Her baby daddy is an Asian gentleman named Simon Chi.

Other Bachelor babies making their way in to the world….

Catherine Lowe recently revealed that she is knocked up as did former jilted winner Melissa Rycroft, and former Bachelorette Ali Fedotowsky and Bachelorette Jillian Harris.