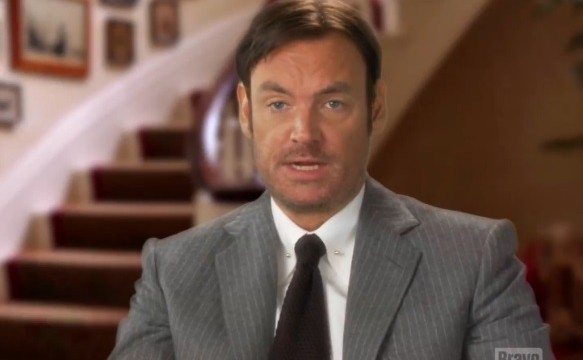 Forty-seven-year-old Whitney Sudler Smith is not only one of the stars on Bravo’s hit show Southern Charm, he is also an Executive Producer.

On the show he lives with his impetuous mother 74-year-old socialite Patricia Altschul in a $4.8 million house — the historic 9,480-square-foot Mikell House in the heart of Charleston, South Carolina—although I think this is because Whitney only lives in Charleston during the filming of the show.

He’s an only child like his mother–born to father Lon Hayes Smith June 2, 1968 in Washington, D.C. Lon was an investment banker at Morgan Stanley.

Whitney’s mother made sure that he was brought up with a very proper private education. He attended Georgetown Day School and George Washington University, and studied at Oxford University and the Alliance Française in Paris.

After school he moved to Los Angeles to work on film production. He started by directing two small films Going for Baroque and Afternoon Delight. In 2010 he released the critically acclaimed documentary Ultrasuede: In Search of Halston chronicling the life of famed fashion designer Roy Halston.

But Sudler-Smith is BEST known for the mega situation Southern Charm which first aired March 3, 2014 and is now in it’s 3rd season. The show follows the lives of Charleston elite. Although it’s debatable whether or not some of the cast members actually qualify as “elite”.

Whitney actually recruited many of the stars like Craig Conover and Shep Rose.

In addition to being a Filmmaker, Whitney is also a classically trained guitarist.

He is one of several Peter-Pan’s on the show. Despite the constant goading by his mother to find a suitable life partner he doesn’t seem remotely interested in settling down. Although to his credit he does have a girlfriend—a 24-year-old Austrian model by the name of Larissa Marolt.

Whitney is very interesting to me….in a very Eyes Wide Shut Illuminati kind of way. Because of his family and monied connections he pals around with the likes of Prince Albert in Monaco. And attends elite muckety-muck functions like the Romy Ball in Vienna, Austria.

So I do believe there are many layers to this onion we have yet to peel.