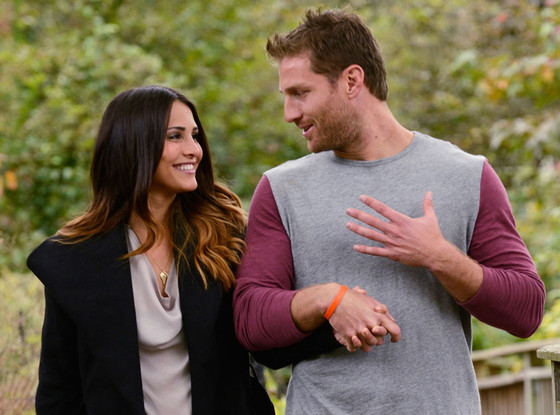 Watch out if you have ever dated 28-year-old Bachelorette Andi Dorfman. She is out for blood in her new book, It’s Not Okay, and not surprisingly she pulls no punches talking about her experience dating Bachelor Juan Pablo Galavis.

Obviously, there is clearly no love lost there between the two and no bridges left to burn. So understandably she does not hold back in bashing him.

Juan Pablo was a disaster as The Bachelor. He was narcissistic, he was sociopathic, he was freakishly out of touch with reality.

Recall Andi self-eliminated after Fantasy Suites with Juan Pablo saying, “waking up this morning I could not wait to get out of the fantasy suite.”

Cut to Juan Pablo who thought their Fantasy Suite date was great.

Before walking off she told JP he was ”immature, rude, inappropriate” and “a disaster.”

So 2 years later Andi is revealing some more details about what happened in that Fantasy Suite.

In regards to the fateful night she said, “unless if by sparks you mean he blasted Ray Jay and R. Kelly all night long and showed me dozens of videos of his old soccer highlights on YouTube,”…….

“All there was was the realization that I was nothing more than a pretty object he had no intentions of liking, let alone loving, and thus no amount of free travel was enticing enough to stay any longer.”

Dorfman did claim that she found Galavis attractive at first, but soon discovered conversations with him were becoming “more and more dull.” “Unfortunately, he also had the a**hole gene and in my opinion was one of the more narcissistic humans I had ever met. Narcissistic and ungrateful. He was honest to the point of offensive, entitled to the point of elitism and pompous to the point of disgust.”