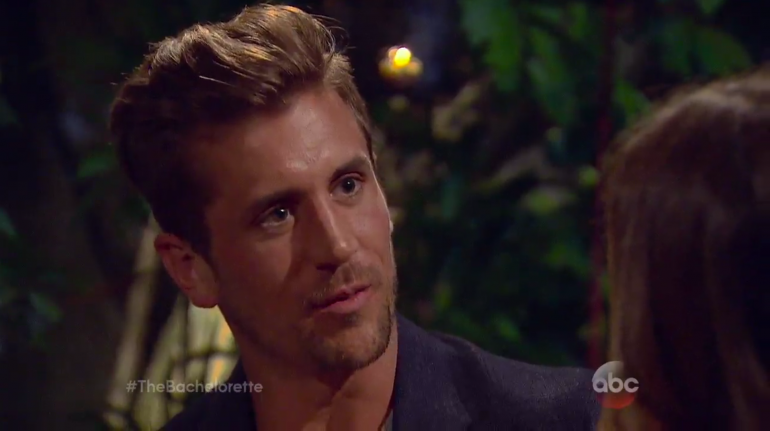 Rumors about season 12 of The Bachelorette have been flying around for months. One of those rumors was that Jojo Fletcher actually met contestant Jordan Rodgers before the show. But recently Jojo refuted the claims to Entertainment Tonight.

“A week before this whole thing started I think his name got leaked, and it was kind of all over the Internet, so, you know, it’s like ‘Jordan Rodgers, brother of Aaron’ — so that’s what I knew going into it”

“Before I met him … I knew just that tidbit about him, but nothing else, and I don’t think it made a difference either way”. Really? Why would she know anything about him? It’s not like he was well known.

“I don’t follow football closely, so it’s not like it made a huge difference, but I definitely knew that about him going into it.”

In regards to the specific rumor she says,

“There’s zero truth to that,” …..”The only thing that I knew about him was that he was potentially going to be part of the cast. So, I don’t know where people are coming up with these things. I’ve never spoken to him, never met him. That first night was the first night I’ve ever seen him in my life. [We had] no conversation, even on the Internet.”

As you probably know the show is very strict about the leads not knowing their suitors prior to the show otherwise some people could have an unfair advantage.

I’m not sure I believe her, but I also don’t believe or trust Jordan. I actually have a conspiracy theory that producers hired Jordan as a honeypot to get Jojo to agree to do the show.

She also has not addressed the rumors that she met with former Bachelorette contestant Nick Viall.