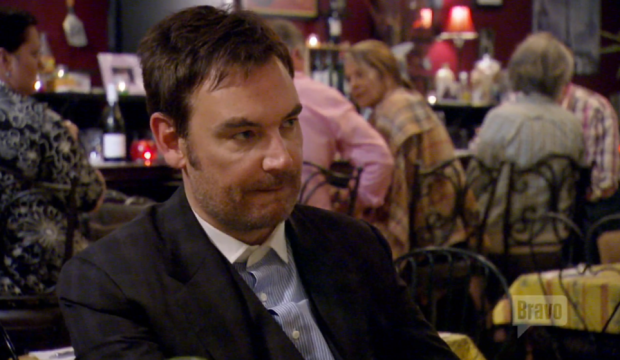 It only took 3 years for the cast of Southern Charm to figure out that Whitney Sudler-Smith’s irritation with co-star Kathryn Dennis was a result of unrequited romantic feelings.

Yes unlicensed attorney Craig Conover put the pieces together on Monday night. Turned out that Kathryn and Whitney were a bit of an item when season one kicked off…like so much of an item that Kathryn was staying at Whitney’s home with his mother Patricia Altschul. In fact there were even clips of Patricia picking up Kathryn’s underwear from Whitney’s bedroom.

Interestingly the clips were taken just before Kathryn hooked up with baby daddy and Whitney’s close friend Thomas Ravenel. So Kathryn is bent out of shape on season 3 because her co stars have marginalized her. In fact she even confirmed on social media that her co stars had refused to film with her in an effort to push her out.

And low and behold Whitney Sudler-Smith and Cameron Eubanks recently refused to go camping if Dennis was going to be there.

The wonderful thing about Craig is that he can not keep a secret, nor can he keep his mouth shut. So he bluntly confronts Whitney, saying, “You’re just mad she started sleeping with your best friend, like, four days after sleeping with you. Why else would you be so mean towards Kathryn?”

Eubanks acts indignant and outraged at the accusation.

“I am absolutely shocked,” says Eubanks. “I have never heard this theory from Craig before.”

Sudler-Smith gets defensive saying, “Number one, I slept with her way before Thomas.”

Craig then accuses Whitney of actually living with Dennis.

“She was not living with me. She’s a liar,” screams Sudler-Smith. “She’s a proven liar. Are you believing her over me?”

Wow!! Well, first I guess Executive Producer Whitney Sudler Smith obviously doesn’t have that much control over his edit.

Secondly, it looks like Craig is looking for a little revenge.

“You called me out at my parent’s house for stuff that wasn’t true.”

Yep, recall last season Whitney trashed Craig in his home in Delaware and let his parents know that he was having some problems with moderation.