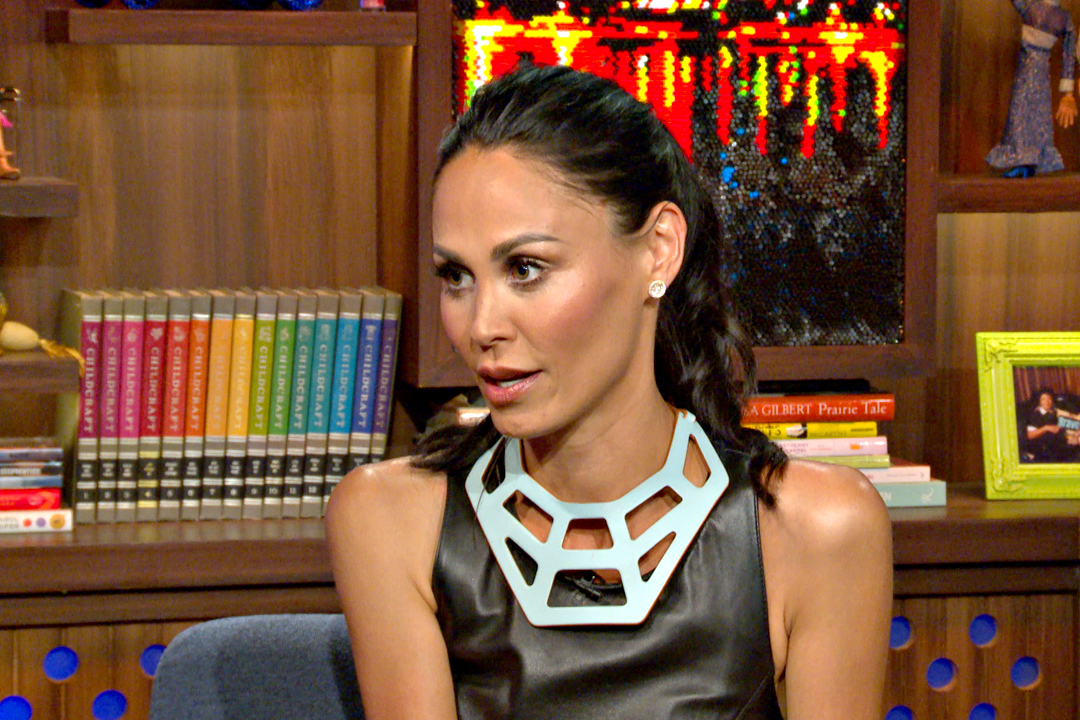 Jules Wainstein, the latest addition to the Real Housewives of New York franchise has turned out to be one hot mess….in more ways than one. First of all her husband 44-year-old Michael Wainstein just blindsided her and filed for divorce and accused her of physical abuse.

On the show it’s clear that the 35-year-old stay at home mom has some sort of eating disorder. She is uncomfortably thin. She perseverates on food, but never touches it…that is unless she is lacing it with a prescription drug! Yes, tonight Jules decides that it’s up to her to get the party started which she translates to mean that she needs to lace her calzone with Percocet and Lidocane!

Damn this girl really does get the party started! Needless-to-say the other women are taken aback and a little concerned that Jules is even considering this possibility.

This isn’t the first time this season there have been drug accusations. Earlier Bethenny Frankel accused Dorinda Medley’s boyfriend 52-year-old John Mahdessian of being high on cocaine.

I actually suspect the women on RHONYC are familiar with prescription drugs. It’s just that they know better than to discuss the subject on camera!

Expect this situation to be addressed on the reunion.