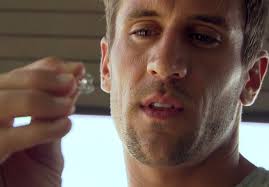 Tonight in a slightly less than dramatic final rose ceremony Bachelorette Jojo Fletcher gave her final rose to 27-year-old NFL star Jordan Rodgers. It was pretty obvious that Jojo was hot for Jordan from the get go. It was pretty obvious that Jordan was going to win this one from the get-go. The real question was did Jordan actually WANT to win! Haha.

Jordan failed to ask Jojo’s father Joseph Fletcher for his daughter’s hand in marriage, but thankfully Jordan came through at the last minute and chose a Neil Lane ring. Earlier Jojo told InStyle, “I always lean towards a more simple setting. Instead of multiple large stones, I love one big rock on a dainty, small band. Something timeless.”

He got down on one knee and proclaimed,

Shockingly despite all of the cheating rumors swirling around Jordan Jojo said “yes” and even more shockingly the two were still together as of the After the Final Rose episode!