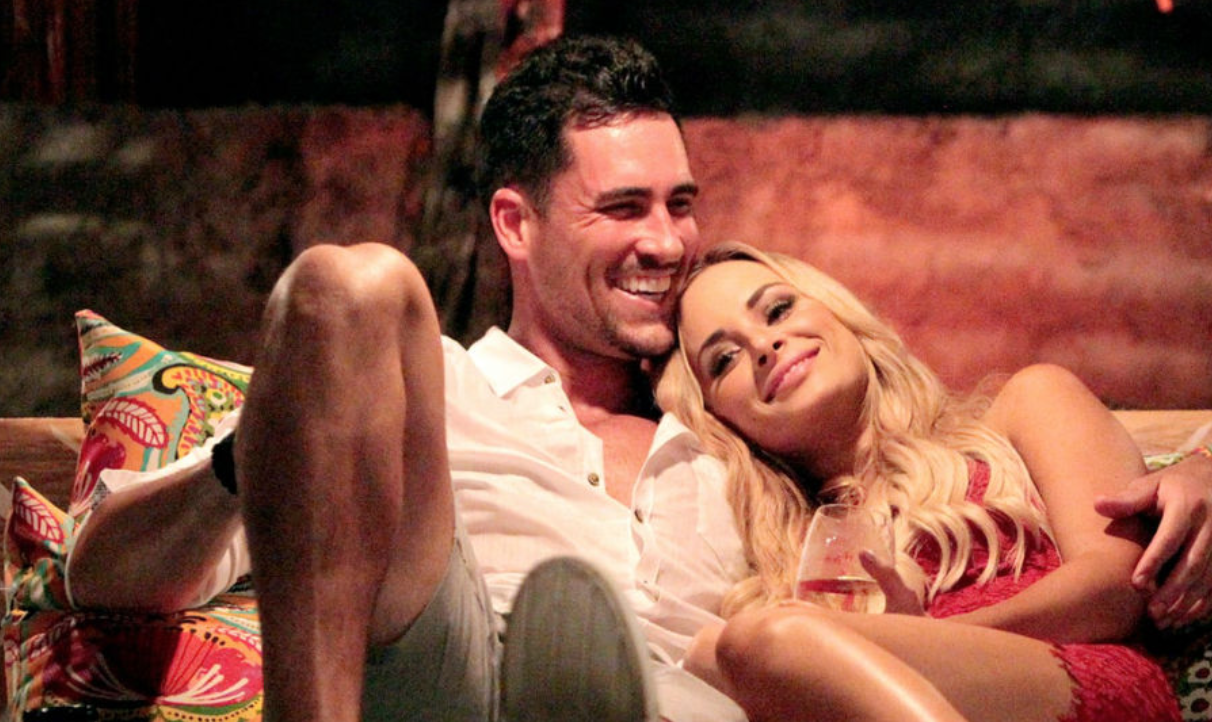 ABC has not even tried to hide the fact that Bachelor in Paradise contestants Josh Murray, 32 and Amanda Stanton, 26 get engaged on the finale of season 3…perhaps because they don’t want fans to lose hope that a successful relationship can emerge from this “process”.

So yes. In the end these two lovebirds seal the deal with a Neil Lane engagement ring.

Josh’ mom Lauren Murray was even there for the proposal!

And Josh is very close to his family…I mean very close, so I never thought he would even consider moving for girlfriend, but surprise. Josh has moved 4000 miles from Atlanta, Georgia to Orange County, California…Irvine to be exact, to be with his fiancee Amanda Stanton!

The new issue of Us Weekly talked to Josh about the big decision.

“Things are going amazing,” Murray says… “I 100 percent believe that Amanda is somebody I could spend the rest of my life with.”

Amanda has two very young daughters with her ex husband Kinsley, 4, and Charlie, 2.

And it sounds like Josh is adjusting nicely to becoming a first time baby daddy. “He’s so dedicated and so loyal,” Amanda tells Us.“He’s sweet and thoughtful and caring — it’s not just something he turns on for the cameras.”

As for Andi Dorfman’s book blasting Murray, Stanton is not worried about it.

“I know Josh pretty well now myself, so it’s not something I’m too worried about,” she says. “There are two sides to every story.”

Well that is certainly true.  Will this relationship last? I doubt it. I’m not really seeing Josh adjusting to life in Irvine.