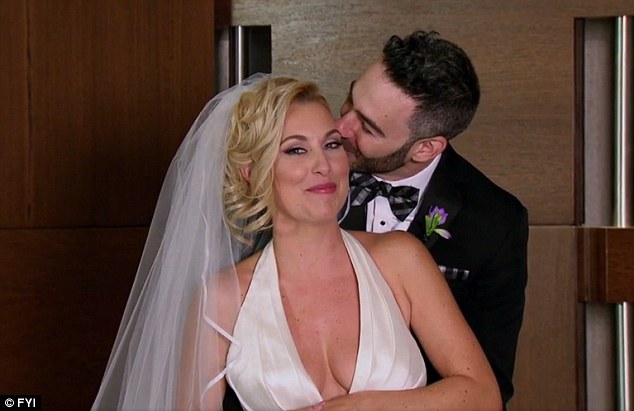 One of the most short-lived marriages on Married at First Sight was the marriage of Derek Schwartz and Heather Seidel. After 10 days Heather decided she wanted a divorce.

The 32-year-old flight attendant decided his smoking as a “deal breaker”.

Funny thing is, even though this was the shortest relationship the franchise has ever created, it certainly wasn’t the most unhealthy, but Seidel was done within days. So understandably Schwartz, 35, told PEOPLE that he was “disappointed and frustrated that the process didn’t really get to be finished all the way.”

The couple returned from their honeymoon and Seidel made the unprecedented decision not to move in with him. Three days later they sat down to discuss the situation.

Schwartz says Seidel insisted his continuous smoking as a “deal breaker” in their marriage:

Of course, this could be a case of “she’s just not that in to you”. Let’s be honest if Seidel had a strong attraction to Derek she likely would have given him some time. The smoking excuse seems like an easy out, but I digress.

Schwartz goes on to say, he discussed it again with Seidel on the honeymoon,

“So I let her know that it probably might have been better to address with me or speak with me about it and we could have come to a resolution,” ….. “I was always willing to compromise with it and I told that to the experts prior to getting matched that whatever the person that I’m matched with stance is on the topic, I’ll adjust accordingly.”

In the meantime Heather and Derek have written letters to each other in an effort to smooth things over.