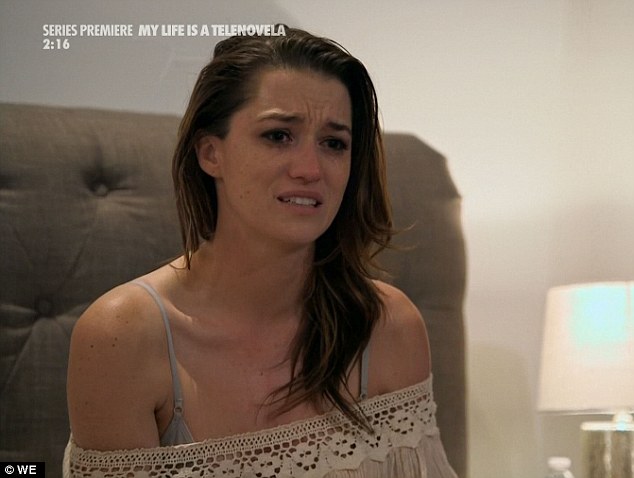 On Friday’s episode of Marriage Boot Camp: Reality Stars, the couples deal with the baggage they have brought into their fledgling relationships. When each person received a cardboard cutout of their ideal mate, and pinned cards listing the emotional attributes they would like said mate to possess, Tanner Tolbert chooses faithfulness aka he has been cheated on by an ex girlfriend–(good thing he chose an ex PlayBoy Bunny to be his life partner!)

Tanner’s wife Jade Roper contends that Tanner “needed to make peace” with the girl who had cheated on him in his last relationship.

“She says that my trust issues are a burden to our relationship, which I thought was complete bulls–t because I never check her phone — I let her do what she wants, so I just didn’t know where she was coming from,” cut to footage of Tanner confessing that a few days before their wedding, Jade’s phone lit up, and he saw that it was a text from her ex.

Tanner suggests that Jade Roper may be hiding something from him, “I found you today fussing and arguing about an infidelity or a question,” …… “First thing you need to be do is be fully honest about everything you’ve done so he doesn’t have to guess or worry.”

1 thought on “Jade Roper and Tanner Tolbert fight over exes”