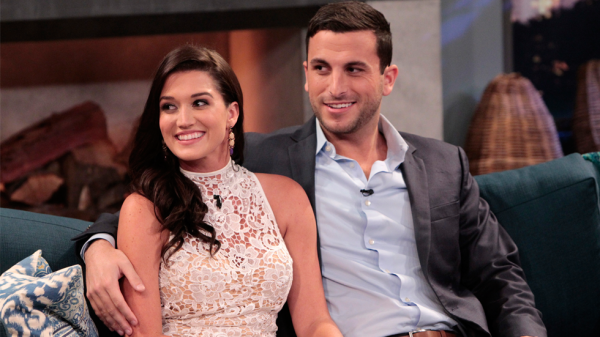 I’m not entirely sure if Marriage Bootcamp isn’t doing more damage than good to the fledgling couples starring on this season. We recently learned that Tanner Tolbert has serious trust issues after having an ex girlfriend cheat on him. And the experts at Marriage Bootcamp are testing those trust issues by forcing wife Jade Roper to take a lie detector test and asking if she has been in contact with any of her exes recently.

Yes Tolbert’s question was about whether he had ever seriously considered leaving Jade.

Jade’s question was whether she had engaged in any contact with any of her exes since she and Tanner had gotten married who he did not know about–apparently she had come clean about some of those contacts.

Anyhow Tanner passed his test, but Jade failed hers.

“Now I have to decide whether I’m going to trust my gut or trust what the test said,” he told cameras. So Tanner asked if there was anything she wanted to tell him, and she said no implying the test was wrong.

Tanner storms off and Jade follows saying, “I’m sorry, baby. I don’t know what to say.”

I think Tanner has good reason to be worried. As a general rule of thumb, if you are a guy with serious trust and jealousy issues then you probably should not date a girl that posed nude for Playboy. My impression of Jade is that she is easily bored and will always have a wandering eye.