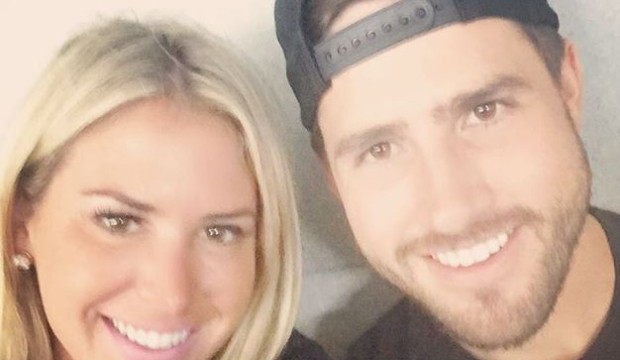 Welcome to bizzaro world Bachelor Nation. And I apologize for missing this one when it first began in September, but we have a mega-situation on our hands!

Ironically when 31-year-old JJ Lane left paradise to pursue a relationship at home in Denver, Colorado, he handed 30-year-old Juelia Kinney his rose in a chivalrous but platonic gesture after Juelia was betrayed by love interest and BIP douche-bag Joe Bailey.

So apparently things did not work out with JJ’s hometown girl because he continued talking to Juelia and the two actually started a romance!

Lane told Us Weekly in September,

“Jueles and I have tried keeping it on the down-low for some time now just because of the continued scrutiny we could potentially face and the challenges with Bachelor-related relationships” …..

“We’ve hinted at it, obviously, but never [made] a formal announcement, as we never really felt it was necessary, nor did we desire or crave the spotlight.” The two first met on season 2 of Bachelor in Paradise in the summer of 2015 and have stayed in contact ever since.

“It didn’t get serious until two months ago” the former investment banker remarked.

“She’s an incredible woman and mom and one of the smartest people I have met! She puts me to shame in all aspects of the above.”

Juelia lives in San Diego so I’m not entirely sure how this is working. I am also a tad bit suspicious given the timing: the couple will appear on the next season of Marriage Bootcamp…that’s right…the couple that has been dating for a few weeks and doesn’t even live in the same state will be getting marriage counseling.