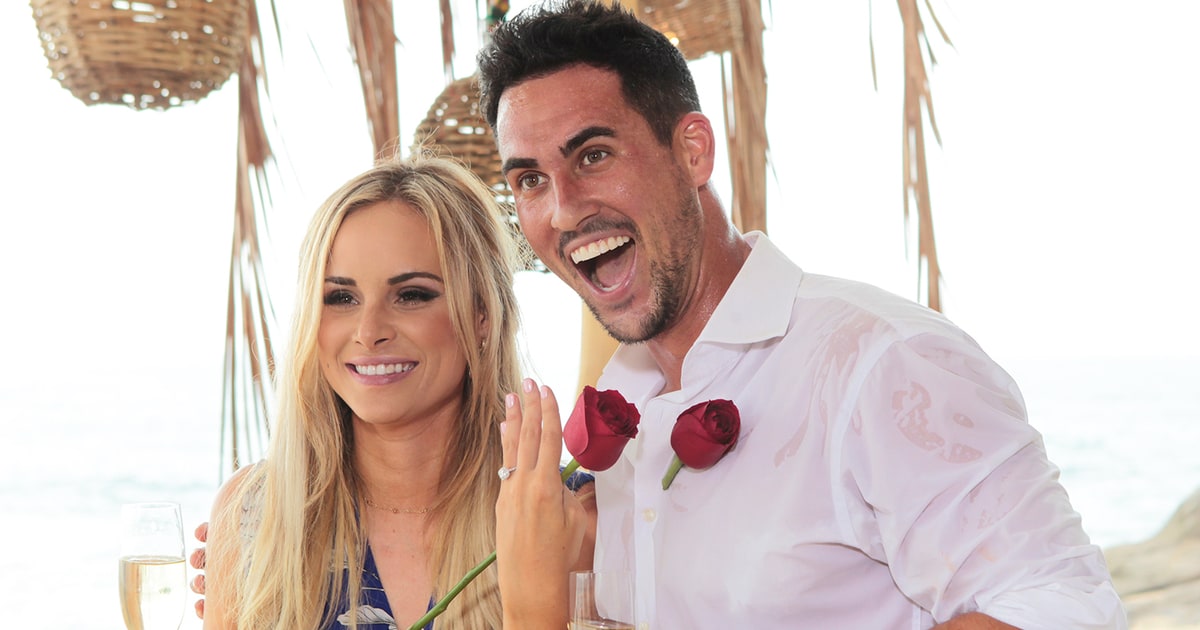 The Holidays are here and you know what that means. It means Bachelor, Bachelorette, and Bachelor in Paradise couples will officially announce their breakups. I swear it’s in their contracts so we fans are occupied with the Holidays and don’t have a complete meltdown when we get the woeful news. Anyhow Josh Murray and Amanda Stanton are the latest franchise couple to split.

In fact the 32-year-old former pro baseball player and the 26-year-old esthetician actually officially broke up a couple of weeks ago.

“Their relationship had been on the rocks for a while,” a source told ET. “People were surprised they were together for as long as they were.”

I know I was! I could not see Josh living in Irvine, California.

Murray relocated from Atlanta, Georgia, to live with Stanton in her apartment in Irvine, California with her two daughters, earlier this summer.

And apparently the relationship has been rocky all along.

“It’s been a tough road,” the source told ET. “They have broken up a couple times since getting home and have had a rough start to their relationship. Part of it in the beginning was the distance, and the other part was added pressures like dating in the ‘real world.'”

Murray has been plagued with relationship problems. He starred on Famously Single just before going on Bachelor in Paradise and meeting Stanton.