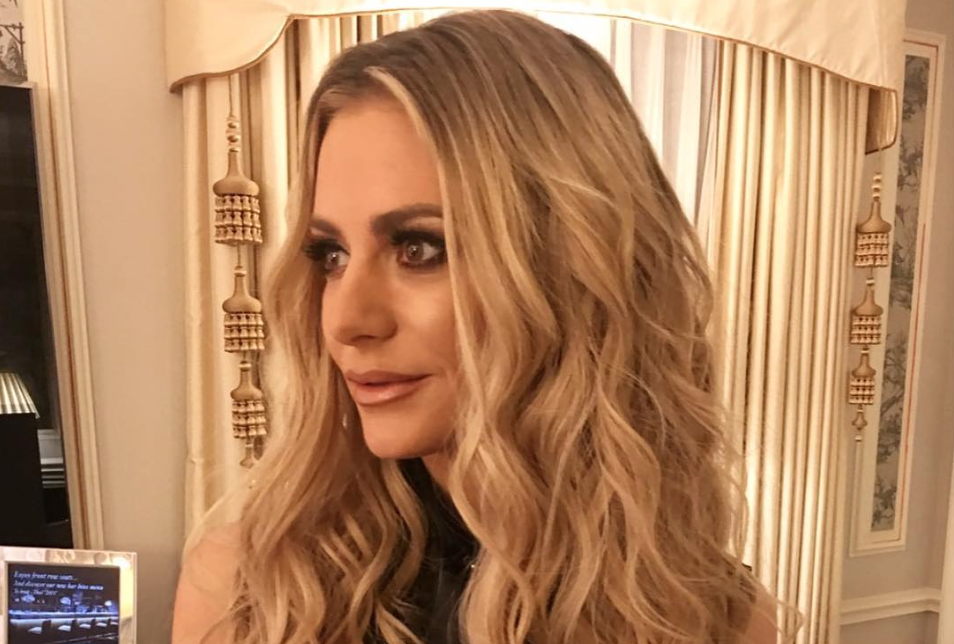 So what do you need to know about the new girl?

1: Dorit was born Dorit Lemel and was raised in Woodbridge, Connecticut. Yep, despite the mysterious British accent Dorit is all America.

2: She’s Jewish. Her father is from Israel which explains why Dorit is fluent in Hebrew. Her father’s name is “Shalom Lemel”.

3: Her and her husband Paul Kemsley (PK) met in a bar in NYC and married in 2015. Keep in mind their relationship is barely older than their two-year-old son.

4: Dorit used to live in NYC. She also lived in Italy for some time. Maybe that’s where she picked up the accent?

5: She is a friend of Lisa Vanderpump’s, but technically Lisa was friends first with Dorit’s husband Paul Kemlsey and his ex wife Loretta Gold.

6: Her husband is a talent manager and manages Boy George who presently lives with the couple. 7: The couple is CLEARLY very wealthy so it seems odd that Paul filed for chapter 15 bankruptcy in 2012, claiming to be $10 million to $50 million in debt.

At the time he claimed his estranged wife was bankrolling his lavish lifestyle.

So in my opinion charismatic Paul seems a bit shady. Did he really make all this money managing Boy George?

8. Dorit is a fashion designer. She owns her company, Dorit International. 9: She and Paul have 2 children together Phoenix and Jagger Kemsley. On RHOBH Dorit struggles with Jagger’s development. She laments that he is having problems communicating and barely speaks. So clearly it appears that sweet little Jagger may be autistic.

UPDATE 2/13/2017: Dorit explains that her son has a condition called dyspraxia–a brain-based condition that makes it hard to plan and coordinate physical movement.

Stay tuned. Dorit is undoubtedly going to make a few waves on season 7.