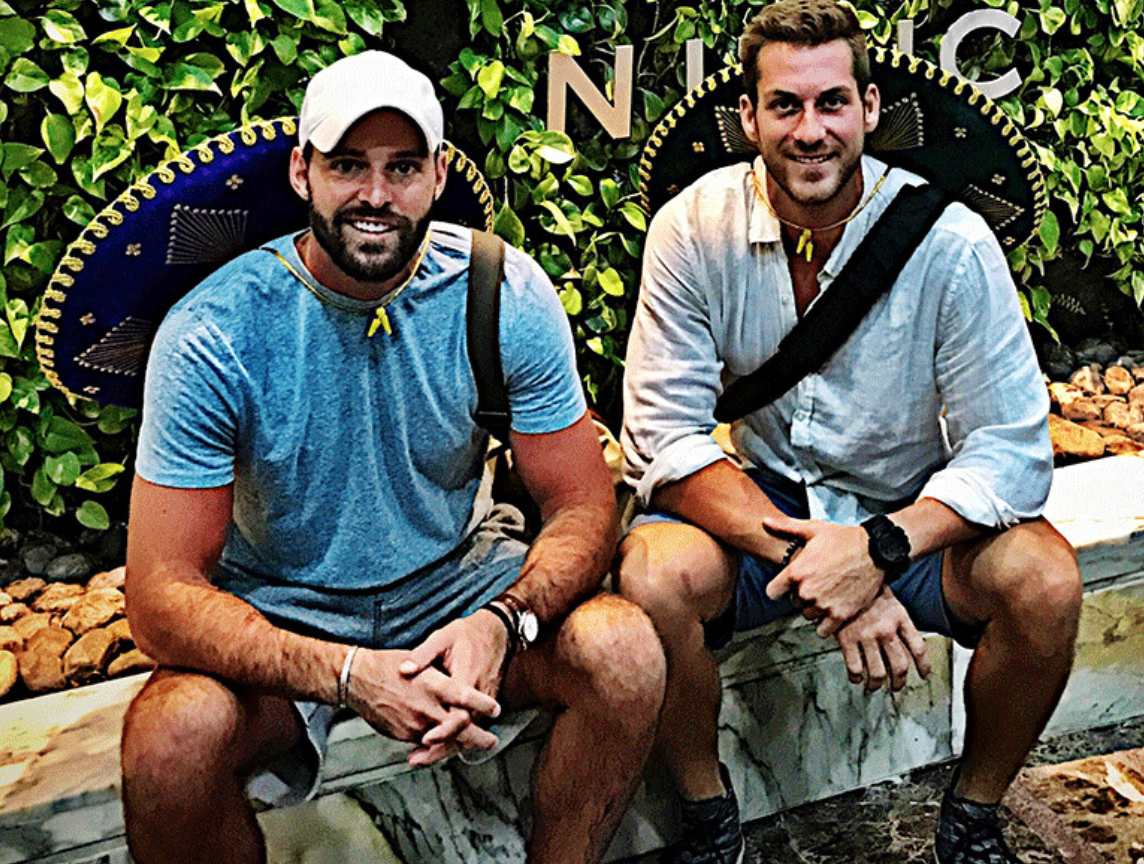 Who says The Bachelor does not create successful relationships? Robby Hayes and Chase McNary may have been crushed by Bachelorette Jojo Fletcher when she rejected their final advances, but they did not leave the Bachelorette without finding love! They found love with each other! Ok, Ok, no I don’t mean they are gay (although the jury’s still out on Robby), but they are real-life roommates and BFFs now.

And they are really busting out some great zingers on Nick Viall’s lovely ladies including Corinne Olympios and Vanessa Grimaldi.

The boys sent their text messages to UsWeekly regarding The Bachelor’s Monday, February 6, episode.

Chase McNary: You think Taylor and Corinne will move in together after their season like us?

RH: That would be more like Alex [Woytkiw] and Chad [Johnson] moving in together. Makes me “Corringeee” just thinking about it

CM: Vanessa is looking like fire at this rose ceremony. Did you see that article of her saying she wanted me to be the Bachelor? #dibs

RH: Haha I did see that actually, think Nick saw the article?

CM: Sky’s out, thighs out for Nicklor on this date. I think you left your Chubbies in the mansion, and he found them.

Hahahaha! I don’t know where to begin except to say, what a difference a few months make. Both these men were devastated beyond belief when Jojo dumped them last summer, but they definitely seem single and ready to mingle. Secondly, wasn’t Chase dating 24-year-old Blaze reporter Tomi Lahren?

They seemed so perfectly suited. What happened?

Anyhow, looks like Corinne is really a guilty pleasure for everyone. Not to mention Chase must love that Corinne is towing the Trump train through The Bachelor.

“CM: Corinne might be able to hang in the shot game with you, brotha.

RH: Rain makes corn, corn makes whiskey, Corinne is nicknamed corn, so according to Luke Bryan, she should be able to drink, right?

CM: Hahah then would she survive in the “Garden”? [Ed. note: As you may recall, some of the season 12 guys referred to themselves as “The Garden” because of all the roses they received.]

RH: She said, “Don’t you dare overlook me.” Who does that sound like from our season?

CM: Is that a short joke on Alex?

RH: I’ll leave that to your imagination.

CM: They are loving the drama of these two-on-ones. Been there, done that.

CM: I wonder if [Danielle L.] had as much whiskey as I did before dropping the L-bomb. Hopefully, he knows there’s a beer cooler in the back of the getaway car.

RH: Well, I think we both can agree she won’t be getting a personal fireworks show after that L-bomb. Boom.

RH: “And next week, on The Bachelor … the saga Corinneues.”

CM: Someone should probably conduct a Corinnstigation on how she made it this far.

RH: We could do it in the Bachelor Bungalow?