Scheana Marie has a new boyfriend after recent divorce 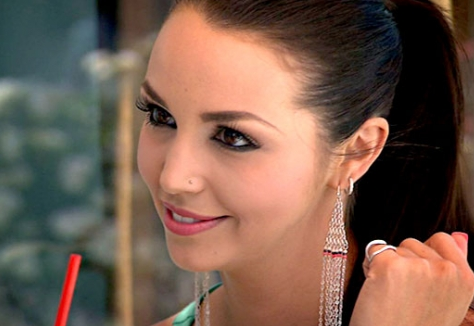 Scheana Marie (Shay) is moving on after divorcing husband Mike Shay. It’s sort of funny since Vanderpump Rules is still airing and on the show she is still with Mike and planning a future with Mike, but cut to real time and the two have divorced, Scheana has frozen her eggs and found a new man.

Yes, what a difference a few months can make. In fact a few weeks ago Scheana revealed on Andy Cohen’s Watch What Happens Live, that she was dating again and that her new boyfriend was in the clubhouse with her as she filmed her interview.

And apparently she “accidentally” leaked his name on her Snapchat account. She is now dating 35-year-old actor Robert Valletta, who is the younger brother of 90′s super-model Amber Valletta.

“YAASSS! [Scheana Marie] Just heard your man’s name in your snap. I knew it was him. Congrats girl he’s and you seem so happy! #pumprules,” a fan wrote on Twitter days ago.

Reports had been swirling that she was dating the ex-husband of Hilary Duff, professional hockey player Mike Comrie, but that was apparently not the name. Anyhow, I’m sure she won’t be able to keep this cat in the bag much longer.

Scheana Marie and Mike Shay officially broke up in December of 2016 after a 15-year on and off again relationship.