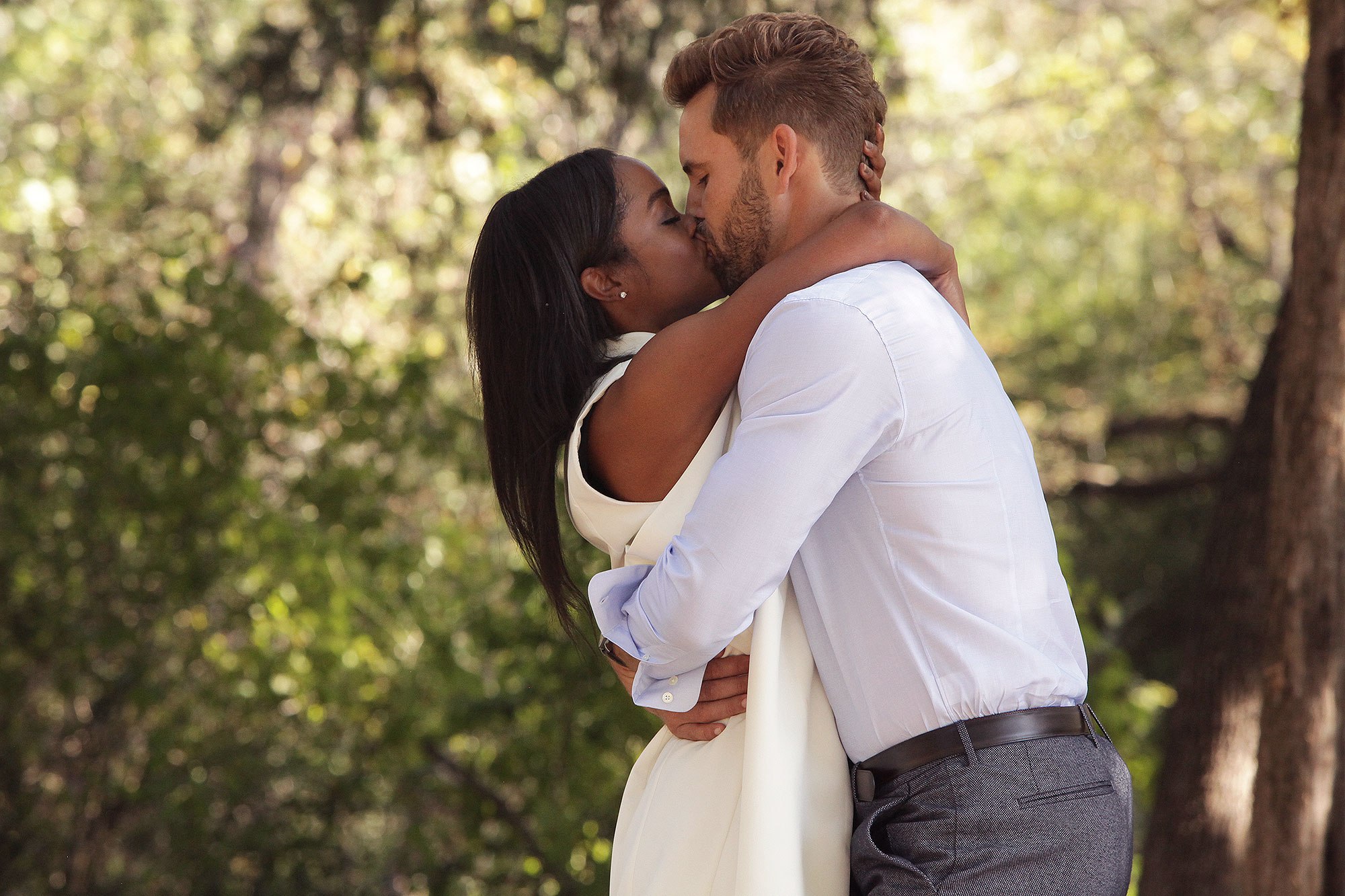 Okay, so I have to admit I am disappointed. I have been looking forward to Rachel Lindsay’s Hometown date all season because I wanted to see her dad, Federal Judge, Sam A. Lindsay rake Nick Viall over the coals for dating his daughter. You know the Judge has carefully reviewed Nick’s evidence file and it’s a big one! Any dad would have his reservations about his beloved daughter dating Nick and reservations about this ridiculous process, but especially a dad who is used to calling people out on their indiscretions and is used to calling a spade a spade.

But unfortunately, Rachel’s dad could not be there due to work so he sent his daughters Heather and Constance to depose Nick instead — and boy did they!

As an Enneagram 3, The Achiever, I think Nick likes a challenge and that’s part of why he likes Rachel. Rachel will challenge Nick for sure. And I think he knew her family would challenge him as well and he actually was looking forward to that. So he arrives to her home in Dallas, Texas …. without an attorney present.

First up Rachel takes Nick to her Texas Baptist mega-church, Concord Church of Dallas to praise Jesus the way only black people can–although the church seems oddly empty for a sermon. Nick loves this of course. His mother Mary Viall, 58 father Christopher Viall, 60 actually met in church when they were 22 and 24 respectively. So Nick is very familiar with Jesus–he knows the hymns and lingo, etc. We wrote about that a year or so ago. Yes not surprisingly Nick’s family of 11 children is Catholic.

Anyhow for a white boy Nick actually knows how to get down. He is well received by the all-black congregation–even acknowledged by the Pastor, Bryan Carter.

Next the duo heads to Rachel’s home where Nick is about to get a serious smack down by the Lindsay crew. Interestingly when Nick walks in he sees Rachel’s older sister Constance and her white husband Alex.

Then Nick sat down with Rachel’s sister Constance and her husband Alex, who gave them advice from one biracial couple to another.

Before Nick has the chance to breathe a sigh of relief after seeing that the fam must be Ok with a white dude, Nick inserts his foot into his mouth by making a comment about how he looks at the bi-racial couple and sees himself and Rachel.

So the family grills Nick about whether he is ready to be in a bi-racial couple. Nick concedes that he has never dated an African American woman before. But to be fair Rachel has never dated a white guy before. Constance is pretty intense and insists things will be difficult for them if they choose to be a couple.

Next up mom Kathy Lindsay takes Nick aside and puts him to the test. She’s intense, but at the end she cracks a smile which makes me think mom likes Nick more than she lets on. Anyhow, the good news is we will get to meet Rachel’s family again because last week ABC announced that Rachel Lindsay would be the 2017 Bachelorette–unfortunately before she was eliminated by Nick so we know that Rachel and Nick will break-up soon. Yes, ABC is the biggest Bachelor spoiler of all this season! We know it comes down to Raven Gates and Vanessa Grimaldi. How? Because they would not have announced Rachel as the new lead if she was the runner-up and because Corinne Olympios sealed her fate this week with a $3000 shopping trip. Anyhow, we look forward to seeing a lot more of the 31-year-old attorney and her fierce family in the months to come.