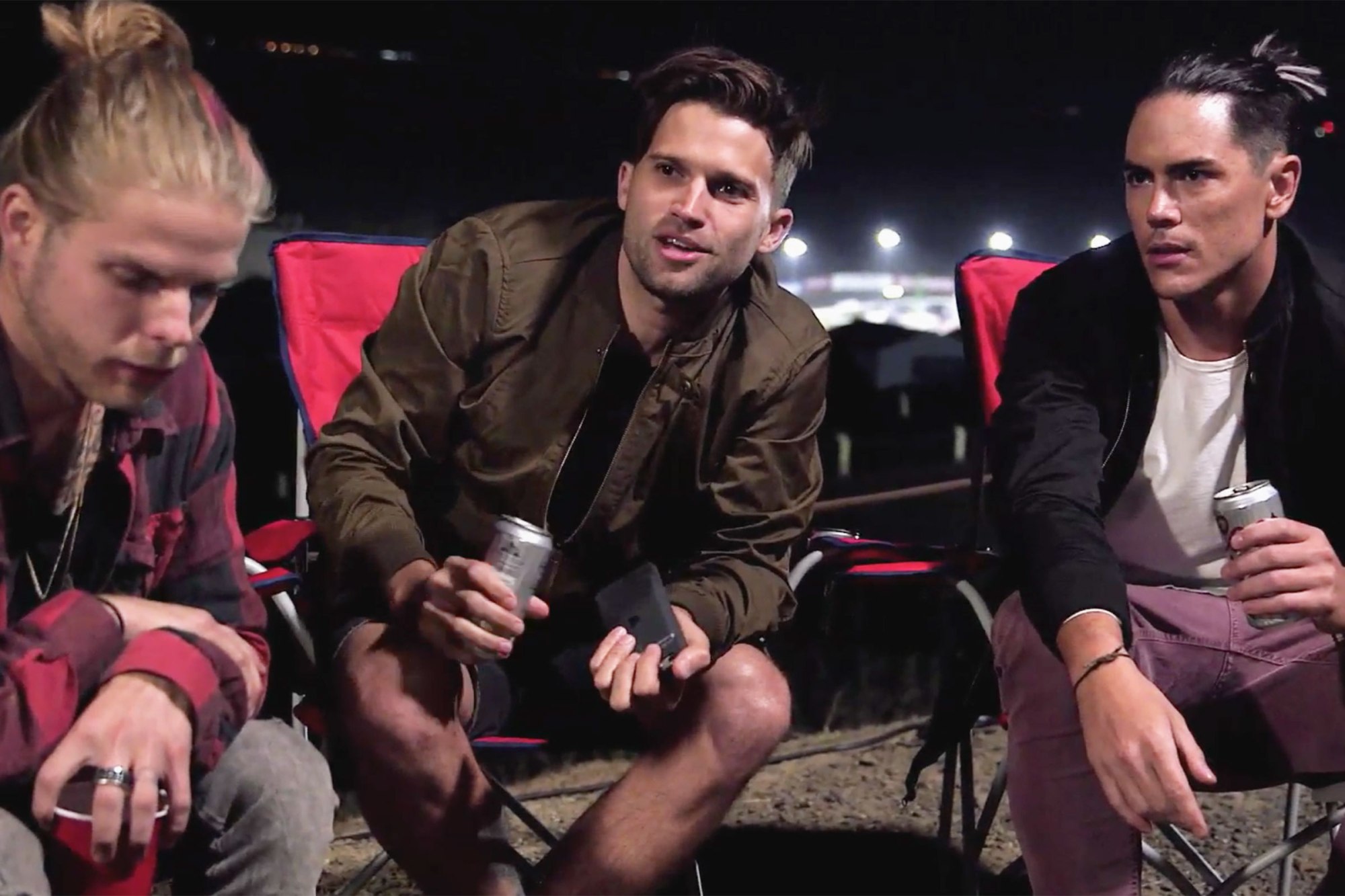 Seems like just yesterday Ariana Madix was having her 30th birthday party and Tom Sandoval was in the doghouse because he wanted to go to Vegas and drive dump trucks to “break stuff” in lieu of attending her big B-Day blow-out.

But this year Tom is all about Ariana.

Although Lala does not show up to the airport for their early morning flight, claiming ‘she has to work’. Problem is boss Lisa Vanderpump is the show Producer and is more than happy to throw Lala under the bus for the show’s ratings–aka Lala lied.

Later we learn that Lala’s wealthy, married boyfriend did not want her to go on the trip — for obvious reasons.

Anyhoo, the crew of 6 is off for a weekend of white-trash debauchery in California wine country.

So Jax is right off of his breast reduction surgery–yes back when the show began Jax was devouring massive amounts of steroids to help him build muscle, but ironically, 5 years later, Jax has acquired man-boobs as a result of the questionable supplements and needs them reduced.

The surgery was perfectly timed so that Jax could remove the bandages during this time that the crew would share a tiny RV. The stench of Jax sweaty breasts sent BFF Tom Schwartz into a bit of a dander. On the episode he claims Jax smells like a dirty jock strap that has not been changed in a week–cementing Jax as a gay icon of course. Yes, unfortunately, unlike most gay men, Schwartz likes his men freshly showered.

The crew splits up boys vs girls and starts to drink and spin yarns. After guzzling a bottle of tequila, Brittany and Ariana talk sex.

The boys also talk sex. Tom Sandoval laments about his lack of a sex life with girlfriend Ariana. “I need to have sex!” he screams. “I want to have sex!” Of course problem is baby brother is living in their tiny apartment making sexy time challenging.

Jax meanwhile is worried he will end up sabotaging his relationship with girlfriend Brittany, given his past history of serial cheating and general serial depravity.

“It’s never going to get better than [Brittany],” Jax claims. “But oh, what do I do? I have to f–k this up somehow because that’s what Jax does.” Yes, that is what Jax does.

In the meantime Stassi Schroeder decides to vacation in Montauk–an odd choice for the Swedish Princess, given that Stassi enjoys only the finest and Montauk is like the Daytona Beach of The Hamptons.

So Stassi and new/former BFF Kristen Doute get pumped for the big getaway to relax and “do nothing”. I was having such a hard time figuring out why Stassi was so pumped about Montauk and then I realized duh, this was Bravo’s way of rolling out the spinoff Summer House and Summer House is to Vanderpump Rules what Montauk is to the Hamptons…a great disappointment.

“I do nothing all the time, so I don’t really get the appeal,” Kristen claimed about the upcoming trip.

Scheana Shay decided despite being on rocky terms with ring leader Katie Maloney that the idea of spending 5 days in an RV with Jax was even less appealing than the idea of going to Montauk with Katie so she bails on her soon-to-be ex husband and on the Sonoma 6 and joins Stassi for her birthday. Scheana was quite a fuss bug though deciding she could not drink because she didn’t have the “right straw”. I think Scheana was just pissed that they were in Montauk and not the real Hamptons.

“Happy birthday to me,” Stassi bemoans.

Stassi does make an effort to find a new boyfriend, albeit a very sad effort. She chooses what appears to be a silver fox, but quickly imagines his ‘gray pubes’.

She then decides to throw caution to the wind and skinny dip under some very bright exterior lighting.

Next Lisa Vanderpump capitalizes on James Kennedy’s desperation to get back in to her good graces and back on a hit TV show.

She finds James in her restaurant one evening in the kitchen with her son Max and prods him about Lala’s new married boyfriend and why Lala ditched Ariana’s trip.

“The only thing I can think of is her boyfriend.” James says. “If she’s told not to go to Sonoma, that could’ve been two minutes before the plane [took off], and she wouldn’t have boarded it. She’s completely wrapped around this guy’s finger.”

James gives some very intriguing deets on the guy saying he “follows” her and is very controlling.

Previews then suggest there is much more yarn on this spool yet to be spun!! The show ends on a cliffhanger with James Kennedy claiming the boyfriend tried to get the cast to sign NDAs!