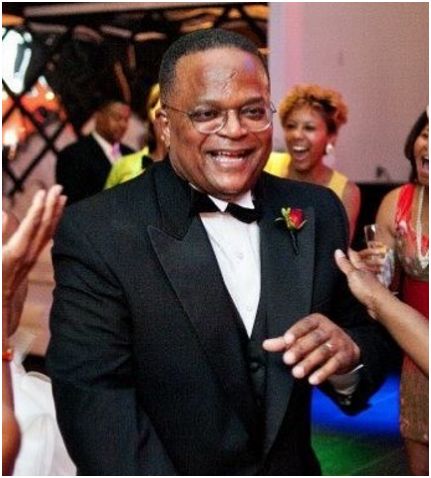 Who is Bachelorette Rachel Lindsay’s famous and controversial father Sam A. Lindsay?

This season of The Bachelorette is historic—Bachelorette Rachel Lindsay will be the first African-American to lead the show. But there are other reasons to pay attention to Rachel. This is the first time in Bachelor history that we have had a lead come from such a powerful and controversial family. Her suitors with arrest records better watch out because law seems to run in the family genes and so does a powerful list of friends and associates.

Her dad, Federal United States District Judge for the Northern District of Texas, Sam A. Lindsay, 66 is a force to be reckoned with for sure.

First a bit of bio background:

He is the first African-American to serve in the Northern District of Texas federal court and was nominated by President Bill Clinton in 1998.

Lindsay grew up in South Texas getting a Bachelor’s degree in history and government from St. Mary’s University in 1974. In 1977 he earned a law degree from the University of Texas Law School in Austin.

And in 1992 he was named Dallas City Attorney where he argued cases all the way to the US Supreme Court!

‘The Judge Who Sent Me to Prison and His Bachelorette Daughter, Rachel Lindsay’.

The story was written by Barrett Brown.

If that name sounds familiar it’s because in January of 2015, Brown was sentenced to 63 months in federal prison for the crimes of accessory after the fact, obstruction of justice, and threatening a federal officer stemming from the FBI’s investigation into the 2012 Stratfor email leak by none other than Federal Judge, Sam A. Lindsay.

And Judge Sam A. Lindsay actually helps train FBI agents. He is a Trustee of the Center for American and International Law (CAIL) where he trains law enforcement officers, including FBI personnel.

Additionally as part of his sentence, Brown was also required to pay almost $900,000 to Stratfor.

If Stratfor sounds familiar to you, you may have heard the company name being tossed around by conspiracy theorists who insists that Stratfor is a military counter-intelligence company. Their official company description is”American geopolitical intelligence platform”. They have quite often been accused of being a tool of the deep state used to spy on American citizens.

Brown asserts in his article:

“In the latest in the string of bizarre and possibly supernatural incidents that have plagued me since childhood, it was announced Monday night on Jimmy Kimmel Live! that the star of the upcoming season of The Bachelorette is the daughter of Sam Lindsay, the federal judge who sentenced me to 63 months in prison in a case that was denounced as retaliation for my work in exposing government wrongdoing ……. Lindsay also ordered me to pay $800,000 in restitution to Stratfor, a State Department-linked firm that was revealed by Wikileaks to have conducted surveillance for Dow Chemical on Bhopal activists, among other things.”

When Lindsay sentenced Brown the media accused the DOJ (represented in that case by Lindsay) of penalizing Brown for exposing illegal government spying programs.

“D Magazine editor Tim Rogers wrote a pretty thorough rundown of the January 2015 sentencing hearing when it happened, and the fact that so many normally staid news organizations of all ideological stripes made the unusual decision to come right out and accuse the Department of Justice of having pursued me solely for my role in exposing illegal programs by state-linked intelligence contractors should be sufficiently telling.”

In essence Lindsay is accused of toeing the line for for a shadow government intent of illegally spying on it’s citizens. Talk about an intimidating father!

I doubt the issue will be raised on the show. I wonder if we will even meet Rachel’s father–he was conveniently absent for her Hometowns on Nick Vial’s season of The Bachelor.

Of course you might say this isn’t really relevant to The Bachelorette, but if these allegations are true it means that Sam who has years of working with the FBI, may have ties to agencies that can illegally spy on regular citizens without a warrant—citizens like 25 young contestants looking to wed his daughter!!!

The possibilities are a bit chilling and certainly ‘historic’!

1 thought on “Who is Bachelorette Rachel Lindsay’s famous and controversial father Sam A. Lindsay?”