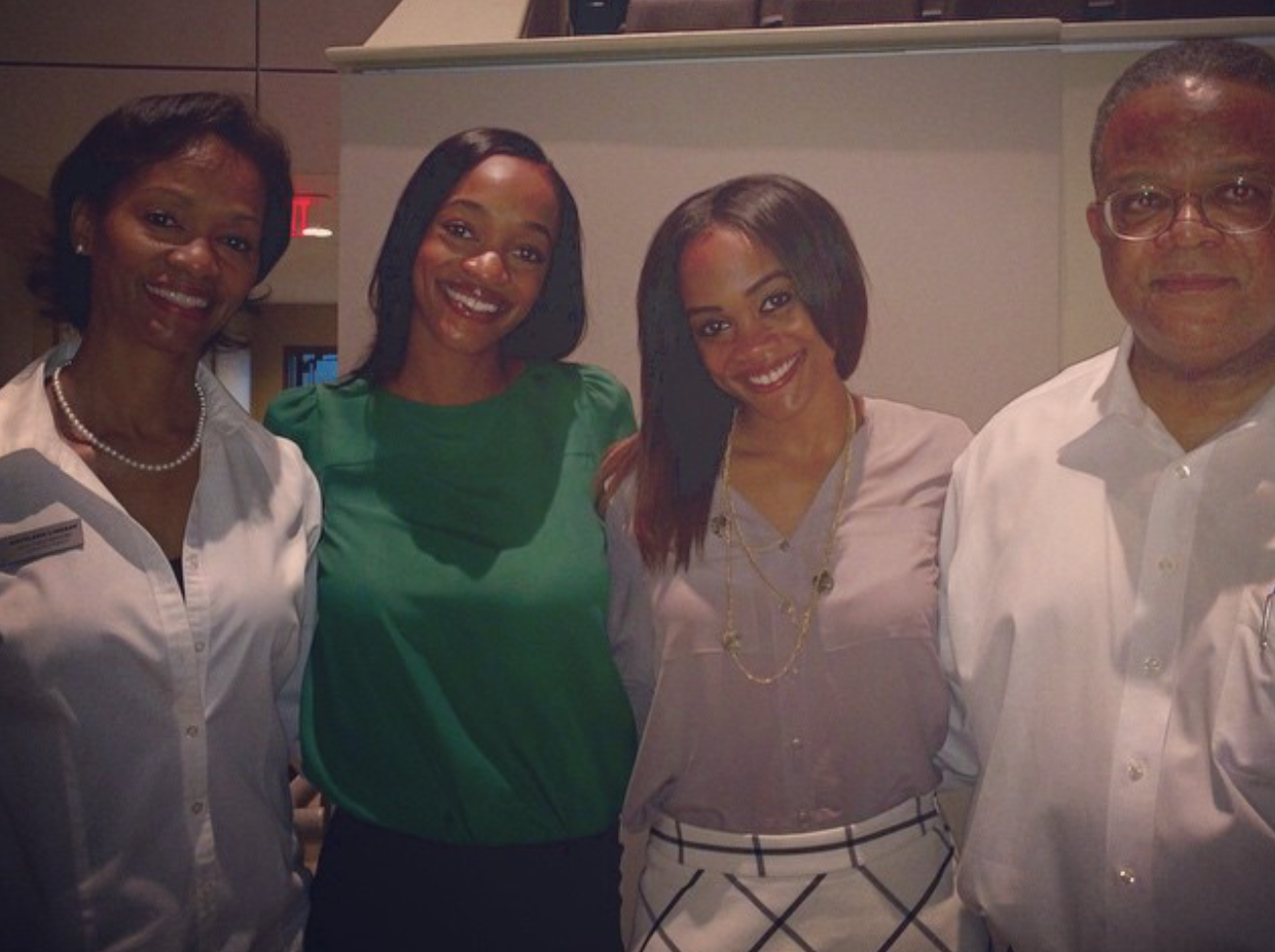 Every season of The Bachelorette we get to know everything about the lead and her suitors. Of  course if you really want to know what to expect from a leading lady just look at her family. No doubt Rachel’s family will become a significant factor in her choice for a life-partner. We got a sneak peek into the Lindsay fam last season during Nick Vial’s Hometown dates. So here is a breakdown.

Of course we did not get a chance to meet the patriarch, the very famous Federal United States District Judge for the Northern District of Texas, Sam A. Lindsay, 66. Sam has a long history of rubbing elbows with some of the countries most powerful men. He was appointed to District Judge by then President Bill Clinton. And prior to that he was the City Attorney for Dallas, Texas. So no doubt Sam will not hesitate to put the smack down on any man that he does not approve of.

Interestingly Judge Lindsay is a Trustee of the Center for American and International Law (CAIL) and trains law enforcement officers, including FBI personnel!!!

Ok so that brings us to Rachel’s mom who is also a mega-situation!

Mom, Kathy Lindsay is a computer teacher at the First Baptist Academy AND a Mary Kay Beauty Consultant. I haven’t heard “Mary Kay” in so long!!! So Rachel’s mom can provide IT support and dole out the pretty sauce advice to her gorgeous daughter. And yes the Lindsay family is very Christian and very Baptist.

Anyhow, what may be even more intriguing about mom is her past with BIG Texas oil. She was a computer analyst for ARCO Oil and Gas Company for nearly 2 decades  — the connection has brought her husband under fire for the families close ties to companies like ARCO and Halliburton. Rachel’s 36-year-old sister, Constance is married to Alex Cherones. The two have a son named Allister and a brand new baby named Hendrix Zane—I’m sure we will hear a lot about Rachel’s ‘pregnant sister’ on her season. Husband Alex is Director of Threat Security Solutions at AT&T and has an MBA in finance from Southern Methodist University. Sister Constance is a manager at On Target Supplies and Logistics.

So clearly any suitor of Rachel’s will need to be seriously educated. She also has a younger sister named Heather, 27 who also lives in Dallas.

Rachel and her family belong to an all-black Texas Baptist mega-church, Concord Church of Dallas run by Pastor, Bryan Carter. I suspect religion will not be addressed much on camera but will likely be an important conversation off-screen.