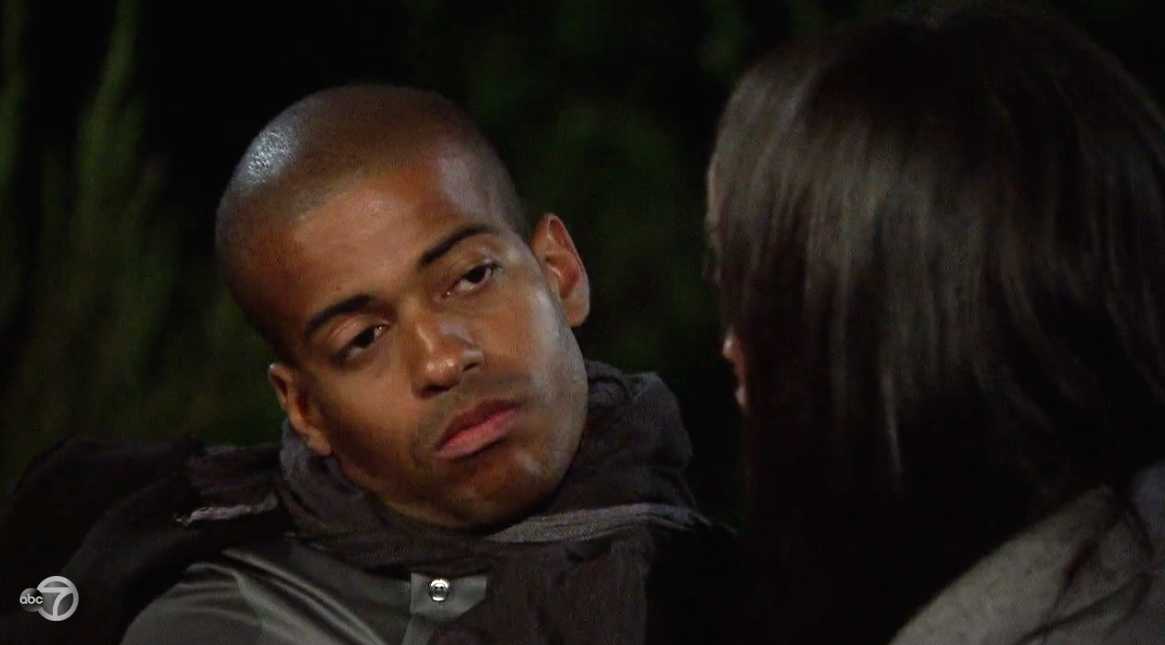 Bachelorette episode 3: Are we circling the drain?

Ok ABC, here’s the situation…I consider myself an expert of sorts on The Bachelor/Bachelorette. I have been a dedicated fan from day one ever since Alex Michel handed out his first rose.

So I am here to warn you that this season is circling the drain. You have already lost one dedicated fan—my mom informed that she was just not that in to this season because she finds it ‘boring’ and she doesn’t think any of the guys are really right for Rachel.

I am feeling put off by a few of the douche-bags on the show. The thing with casting the train wrecks is its really an art. Corinne Olympios, Olivia Caridi, Chad Johnson, all brilliant picks. Why? because despite all of their awful-ness they were still endearing. Whaboom boy, Lucas and needy, insecure Eric Bigger are not endearing in the least. They are annoying. So annoying, it’s all I can do not to change the channel.

It begins with douche-bag DeMario Jackson. DeMario has somehow convinced the limo driver during his tearful ITM to turn around and take him back to the mansion. The bold action compels the 4th wall to come crashing down as bodyguards join the wall of men protecting Rachel from Jackson.

DeMario thinks he can make his way back onto the show by reading a quote from Jay-Z: “In order to experience joy, you need pain.” I wonder if Jay-Z used that line to explain to Beyonce why he had to sleep with ‘lemonade’ girl?

He also feigns contrition about the ‘Lexi situation’ (we love it when anything on The Bachelor/Bachelorette is deemed an official ‘situation’.) That’s right DeMario came on the show even though he already had a girlfriend and said girlfriend was tipped off to the location of his date with Rachel and showed up to confront him and warn Rachel.

Needless-to-say it works. Rachel proves she has the chops to lead such a complex show and such an ‘accelerated journey’ and reads DeMario the riot act.

In the words of Penny Farthing, “then some things happen”—we can’t cover every situation on this show.

Next, Kenny, who plays the cute pictures of my daughter card—although I’m afraid this may only remind Rachel that Kenny comes with baggage.

Then Lucas v Blake and oddly I find myself siding with Blake. Lucas’ “Whaboom” trumps Blake’s obsession with his penis and his sex skills.

When Lucas claimed the “world needs Whaboom”….“It’s about the world, brother,” “And you have no idea what the world needs.” At that point I was DONE!!! I am part of “the world” and I do not need “Whaboom” nor do I think ‘Whaboom’ is going to bring anything good to this planet.

If people everywhere start saying ‘Whaboom’, they will just get smacked in the face for being obnoxious.

So Lucas accuses Blake of being on steroids. Blake yells, “F— you, bro. You’re a piece of s—,” and both exit. And I pray that Lucas will never grace the television screen ever again!

Next to The Ellen DeGeneres Show with Bryan, Jonathan, Peter, Alex, Will, and Fred.

Rachel confides in Ellen that Dr Bryan Abasolo swept her off her feet with a very unexpected kiss.

The men do some gratuitous shirtless dancing. Alex shows off his lap dancing chops to one lucky  grandmother. Peter Kraus shows off his tattoos.

The men then play the game Never Have I Ever. Peter and Alex claim they haven’t thought about having sex with Rachel. Alex confesses to peeing in the mansion pool; alert! red flag!!!

Alex, Peter, and Will concede to texting nude selfies.

Next to poor Fred. Poor Fred has been pining for Rachel for 20 years–since the two were in elementary school together. Fred asks Rachel if he can kiss her, “Is this the time that you feel that I can kiss you?”

But instead of being flattered and turned on Rachel is just horrified. Fred plants one on her despite Rachel’s lack of interest or consent.

Rachel then feels compelled to pull poor Fred aside and break the news to him.

“It was like a little boy was kissing me,” she recounts. OUCH! Fred waited 20 years for that?!

Next, the Eric situation:

Eric Bigger has apparently been rubbing everyone the wrong way. Despite being a motivational speaker, the only thing he motivated was everyone to tell Rachel to steer clear!

Iggy Rodriquez pulls Eric aside to tell him to chill out. Eric keeps perseverating about how Rachel hasn’t given him the affirmation he needs. It soon becomes clear why Eric has never been in a real relationship. Seriously when I saw pictures of this guy and saw his bio I thought he was a shoe-win. But NOT ANYMORE!!!

Eric’s insecurity sends him down a shame spiral and pity party of epic proportions!

Somehow Rachel misses all this and gives him a rose anyway, but the men and the women do everything in their power to convince Rachel to take another look.

Previews show a serious throw-down between Lee and Eric next week and some really annoying altercations.

So many of the men on this season of The Bachelorette are annoying and don’t seem redeemable in any way. The race conversations feel contrived and repetitive.

We get it. Rachel is the first black Bachelorette. If she picks a white dude they will be a bi-racial couple and will have bi-racial situations to deal with. EVERY guy knew that coming on the show so can we move on?

The men seem really immature and ill-suited for Rachel. Hopefully this season is an anomaly and production will get their sh!t together for 2018.