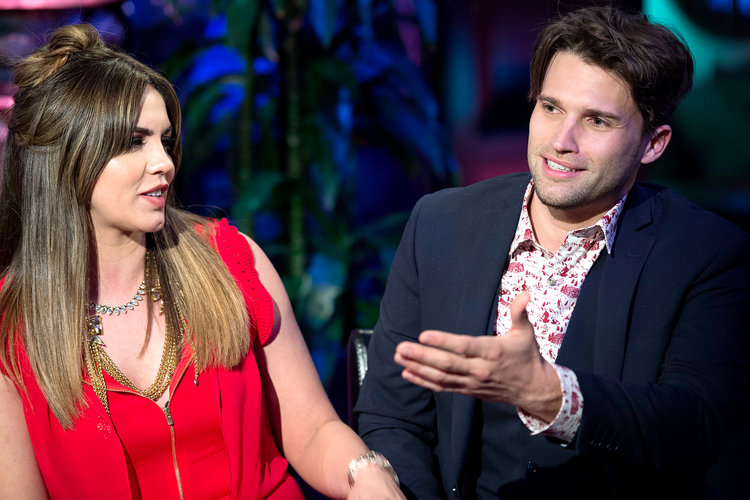 When Vanderpump Rules began I thought Tom Schwartz and Katie Maloney were way too boring to emerge as a main story-line on the hit show. But I was clearly wrong. The couple managed to make their lackluster, yet rocky relationship a primary storyline over the last few seasons of VP Rules.

Last season, despite the warnings of family, friends and all of America, the couple finally tied the knot after Katie gave Tom an ultimatum and after years of persuasion by producer Lisa Vanderpump.

Not so shockingly the relationship is allegedly already on the rocks according to an insider at RadarOnline.

“Yes, they are together but their relationship has definitely been riddled with issues,” an insider told Radar. “Katie doesn’t really trust Tom. Tom is a super flirt and he flirts with other women right in front of her.”

Hardly shocking given the numerous allegations of cheating over the years. Schwartz, 34 supposedly slept with another women in Las Vegas 2 years ago while with best friend/instigator Jax Taylor.

Everyone in their circle knows these rumors have been swirling around their already fragile relationship for years, prompting many of their co-stars to quietly or not so quietly decry their plans to marry.

But what is interesting about the latest rumors is that Katie’s weight gain appears to be a bone of contention for Tom.

“She also has issues over her weight gain,” the insider added.

Katie’s mom, Teri, told Radar that “everything is wonderful” between them. Sounds like denial is in the Maloney DNA.

As far as Katie’s friends, the insider says, “the girls tend to be a little more romantic, but the guys don’t think it will last.”

Not that it was hard to for see problems in this romance but I made this prediction at the time of their nuptials.