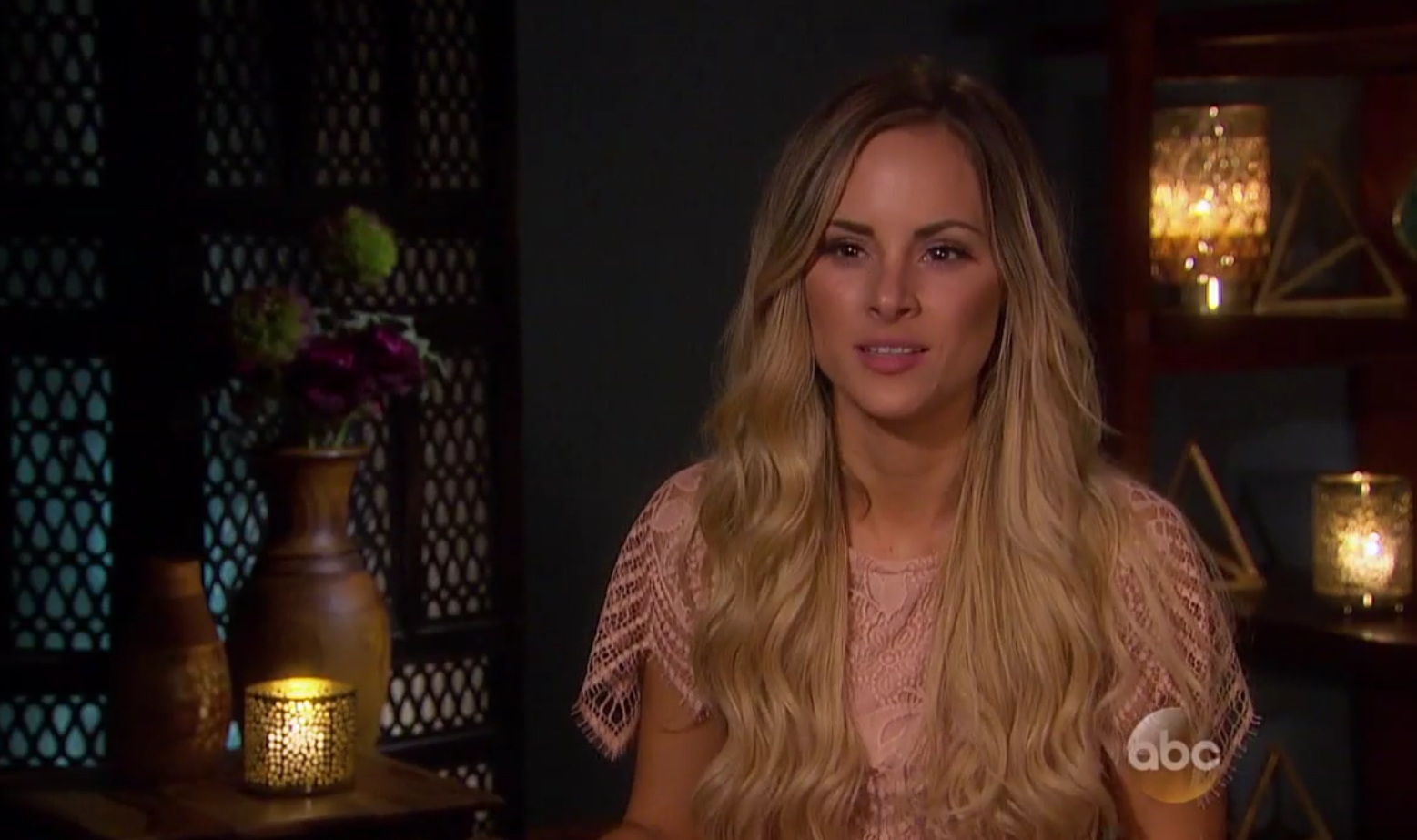 One familiar face returning to Bachelor in Paradise this August will be 26-year-old actress Amanda Stanton. Fresh on the heels of a very rough breakup with fiancee Josh Murray, Amanda will give the search for lasting love on national television a third try.

It’s rumored that Stanton hits it off with Robby Hayes from Jojo Fletcher’s season, but she does not intend to get engaged this time.

She recently spoke to ET about why she decided to return.

“I did walk away engaged last time, and that didn’t work out, and that was a really hard time for me,”…… “I think one of the reasons I wanted to go back was to kind of end it on a different note, and I went in with a different approach than I did the first time. I think I had more fun this time, was less serious [and] didn’t rush into anything, so yeah, I’m glad I went back and did it a bit differently.”

Well let’s hope she is more aware of the hot mic this time and spares fans of the passionate slurping make-out noises–although to be fair, I think that was mainly Josh.

Josh and Amanda had one ugly breakup last December and predictably the two are no longer in contact.

“I don’t even feel like I know [Josh anymore], you know what I mean? We don’t talk at all,” she added. “I know there was, like, some articles that came out recently, saying I was, like, blowing his phone up when I got back from Paradise, which is false. I haven’t talked to him at all, at all since I’ve been back.”

Oh, interesting. Well if that was true let’s hope Josh reveals some phone records and voice mails. As I mentioned, Amanda hooks up with Jojo’s runner up, Robby Hayes. The two both live in southern California now, so perhaps Ro Hay will be a better choice.

Bachelor in Paradise season 4 will return with a two-night premiere at 8 p.m August 14 and 15th on ABC